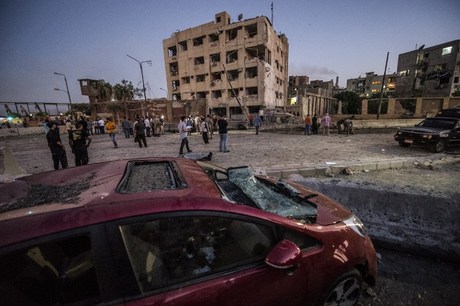 A small bomb blast in a busy western district of the Egyptian capital wounded a policeman and a passerby on Sunday, a police official said.

The official, speaking on condition of anonymity, said the bomb went off near administrative offices of the foreign ministry.

Scores of police and soldiers have been killed in a jihadist insurgency since the Egyptian army's 2013 overthrow of Islamist president Mohamed Morsi.

The jihadists say the attacks are in retaliation for a police crackdown targeting Morsi supporters that has left hundreds dead and thousands jailed.

While most attacks have centered on the Sinai Peninsula in eastern Egypt, jihadists affiliated with the Islamic State group have also carried out bombings in the capital.

On August 20, 29 people including six policemen were lightly injured in an IS car bomb attack on a police building in northern Cairo.