Bodies of Mexico Tourists Back Home after Egypt Attack 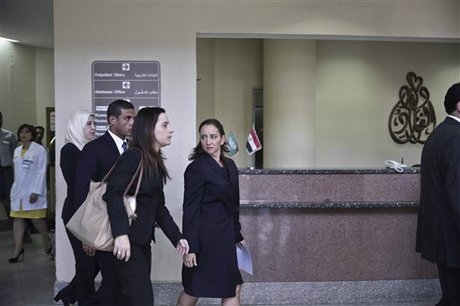 The bodies of eight Mexican tourists killed by mistake in an Egyptian air raid returned home Tuesday and were sent to forensic investigators amid diplomatic discord over the incident.

The tourists were killed along with four Egyptians on September 13 when they came under fire during a lunch break in Egypt's vast Western Desert while on their way to the Bahariya oasis.

Six other Mexicans who were wounded in the attack returned home last week and were treated in a Mexico City hospital.

The foreign ministry and the attorney general's office said in a joint statement that the bodies arrived on a commercial flight following a layover in Amsterdam.

The bodies were then sent to the forensic services of the attorney general's office in Mexico City, the statement said. They will later be delivered to their families.

Pena Nieto demanded a full investigation and called on Cairo to compensate the victims and their families.

Cairo has promised a full and "transparent" inquiry, although media in Egypt have been banned from publishing any details on the incident or the investigation.

Survivors say they were bombed by an airplane and a helicopter. Egyptian authorities say the tourists were mistakenly killed when security forces were chasing jihadists, but they have not given many details about the operation.