EU Leaders Expected to Give more Funding to Lebanon 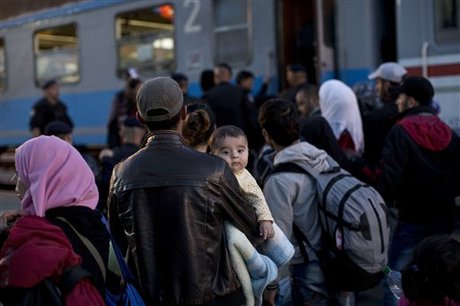 European Union leaders, who will gather for an emergency summit on the migration crisis on Wednesday, are expected to give extra funding to Turkey, Jordan, Lebanon and U.N. agencies.

The leaders are hoping that the funding would help stop the flow of refugees to Europe.

A high-ranking U.N. official has said there are 4 million Syrian refugees in Lebanon, Jordan and Turkey. Growing numbers have left these countries for Europe.

The summit comes a day after ministers forced through a controversial deal to relocate 120,000 refugees in a major blow to unity within the bloc.

The deeply divided ministers agreed to relocate the asylum-seekers to ease the strain on Greece and Italy, which are on the front line of the migrant flood. But a senior European leader conceded the move was only a small step toward resolving one of the worst crises ever faced by the 28-nation bloc.

Four eastern European countries — the Czech Republic, Slovakia, Romania and Hungary — voted against the plan, and it's unclear if they will even implement it. Those nations have resisted accepting the forced resettlement of refugees on their territory.