Islamist in War Crimes Court This Week for Timbuktu Destruction 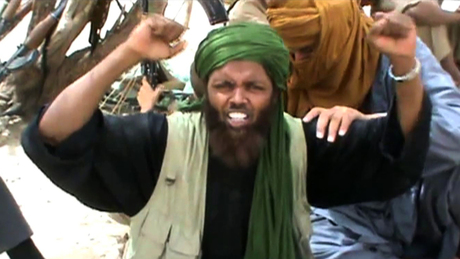 Faqi was handed over by Niger early Saturday to the ICC, where he is wanted for war crimes relating to the destruction of religious buildings and historical monuments in the ancient landmark.

It is the first case brought by the ICC -- the world's only permanent war crimes court -- for the unrest that has wracked the west African nation.

"During the initial appearance hearing, the single judge will verify the identity of the suspect and the language in which he is able to follow the proceedings," the ICC said in a statement on Monday.

Faqi, a Tuareg leader also known as Abu Tourab, is suspected of war crimes for deliberately destroying buildings at the UNESCO-listed desert heritage site in 2012.

Called the "City of 333 Saints", Timbuktu, which is around 1,000 kilometers (600 miles) northeast of Mali's capital Bamako, was attacked for months by jihadists.

In June 2012, al-Qaida-linked militants destroyed 16 of the northern city's mausoleums, dating back to its golden age as an economic, intellectual and spiritual center in the 15th and 16th centuries.

Faqi was a leader of Ansar Dine, a mainly Tuareg group linked to Al-Qaida in the Islamic Maghreb (AQIM) and one of the groups that briefly took control of Mali's vast arid north in 2012.

Born in Agoune, 100 kilometers (60 miles) west of Timbuktu, Faqi "was an active personality in the context of the occupation of Timbuktu," the ICC said.

In his role as part of the Islamic Court of Timbuktu, Faqi is alleged to have jointly ordered or carried out the destruction of nine of the mausoleums as well as the Sidi Yahia mosque.

ICC chief prosecutor Fatou Bensouda had opened an investigation into the situation in Mali in January 2013, after it was reported to the tribunal by the government of Mali the previous year.