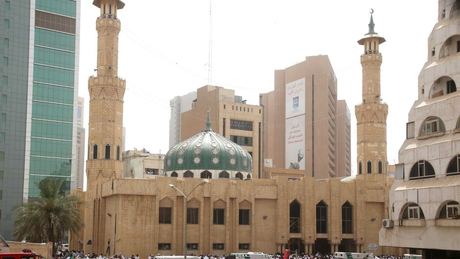 Kuwait's lower court Tuesday bailed four suspected members of a 26-member cell accused of plotting attacks on the Gulf state in collaboration with Iran and the Shiite group Hezbollah.

A judicial source said that in a new hearing held behind closed doors judge Mohammad al-Duaij ordered the four to pay bail of $1,650 each.

He also barred them from leaving the country.

At a hearing two weeks ago, 23 suspects, all of them Kuwaiti Shiites, denied the charges and claimed their confessions were extracted under extreme physical torture.

The remaining three, including the only Iranian, are at large.

Iran has officially denied any links to the suspects.

Prosecutors had also charged the suspects with smuggling explosives into the country and preparing them, as well as possessing firearms and ammunition.

The interior ministry said in August it had uncovered a large amount of weapons, ammunition and explosives when arresting members of a "terror cell".

The main suspect, Hassan Abdulhadi Hassan, had told the court that the weapons dated to the 1990-91 Iraqi invasion and occupation, and that they were handed to him by a senior member of the ruling Al-Sabah family.

The judge set the next hearing for October 4.

Ebola is a disease which can spread...