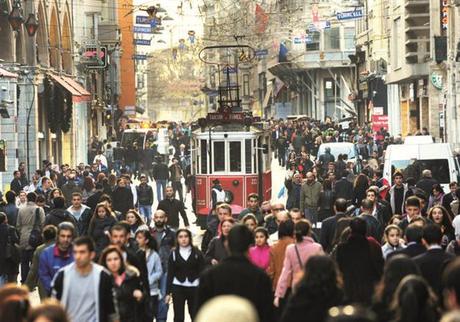 The woman, Zeren Buke Toku, and her partner, Nazif Tugrul Saglam, sat on a pavement on the bustling Istiklal Avenue, where several other young people were out late Saturday, some drinking and others making music, Dogan news agency reported.

Toku then pulled out a gun from her bag, shot herself in the head with a single bullet, which exited her skull and hit her partner, Dogan said.

Toku died in hospital and Saglam remained in critical condition as the gunshot blew away parts of his brain.

The suicide attempt caused panic on Istiklal Avenue, which is a colorful mix of high-street brands, bustling cafes and bazaars.

Police cordoned off parts of Istiklal and an investigation has been launched, according to Dogan.

The motive behind the suicide was not immediately clear but witnesses told Dogan that they had been drinking beforehand.