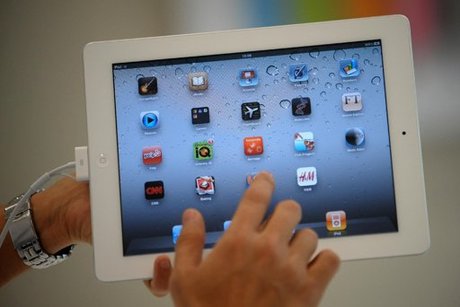 Yahoo has begun to distribute an iPad magazine that illuminates the Internet company's ambitions and the chronic hiccups that have thrown its fate into doubt.

The free magazine, called Livestand, has intriguing potential because its software can be customized to pull a deep pool of content from Yahoo's website and other participating publishers to cater to each user's interests.

But the magazine didn't arrive until Wednesday, well behind Yahoo Inc.'s own timetable for the product and 19 months after Apple Inc. began selling the iPad.

Since its launch last year, the iPad has thrust tablet computers onto the cutting edge of both technology and media.

Yahoo is counting on Livestand to keep its brand and services relevant as more people embrace the iPad and other mobile devices to consume digital content. The company also hopes that the magazine's customization tools make it easier to determine what each reader likes so advertisers can target their messages at people mostly likely to buy their products.

Yet Yahoo's delays in seizing such opportunities have been a recurring problem during the past decade. A combination of hubris, bureaucracy and poor decision-making caused Yahoo to react too slowly to threats posed by Google Inc. in Internet search and Facebook in social networking. That has left Yahoo badly weakened in two key markets.

Those setbacks are the main reasons Yahoo has been mired in a financial funk during a five-year stretch that saw the company go through three different CEOs who were unable to engineer a turnaround. Yahoo's board has been reviewing whether to sell all or parts of the company since firing Silicon Valley veteran Carol Bartz as CEO nearly two months ago.

It represents Yahoo's first major step toward building products primarily aimed at mobile devices before adapting them for desktop computers.

Besides drawing upon Yahoo's own content, Livestand chooses material from ABC, Forbes magazine, Parenting magazine and an assortment of publications devoted to sports and hobbies. Publishers will be offered a chance to sell subscriptions through Livestand next year.

Livestand "is sort of a re-imagining of what Yahoo can be," Blake Irving, Yahoo's chief product officer, told reporters after he unveiled the magazine at the company's Sunnyvale headquarters.

The magazine's debut came nearly nine months after Yahoo offered its first preview of Livestand. At that time, Yahoo said it hoped the magazine would be available in iPad's app store by June.

But Irving said Yahoo needed more time to ensure that the technology provided a smooth experience for readers, publishers and advertisers.

While Yahoo fine-tuned its product, several other digital magazine applications have attracted millions of users. One of the most popular, Flipboard, was hailed by Apple as its "app of the year" for 2010.

In a Wednesday interview, Irving scoffed at the notion that Yahoo's offering was coming too late.

Although the iPad has been around for a while, he said only a small fraction of the 700 million who regularly visit Yahoo's website currently own a tablet computer. That will change, though, during the next few years, if analysts are right in their predictions that tablets will become must-have devices in most households and offices.

"The window is still wide open for tablets," Irving said. "We are still in the very early stages."

Yahoo expects to have Livestand ready when tablets running on Microsoft Corp.'s Windows 8 operating system are ready to be sold. Microsoft hasn't said when Windows 8 will ship, but most analysts believe it will happen during the next eight to 11 months.

Besides Livestand, Yahoo also introduced an iPad app for its email service and another app called IntoNow that recommends content based on what a user is watching on television. Yahoo got the IntoNow technology as part of an acquisition earlier this year.

Irving pointed to the new products as a sign that it's business as usual at Yahoo amid speculation that the company be sold or broken up.

"We still have dreams about what this company can be," he said.