U.N. Alarmed by European Aid Cuts to Pay for Refugees 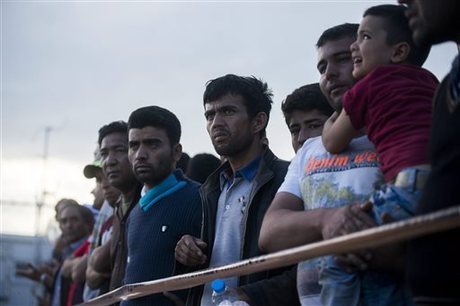 The United Nations voiced alarm on Wednesday over moves by European countries to cut development aid in a bid to free up funds to support the large influx of refugees.

Finland, Norway and Sweden -- traditionally generous aid donors -- are all preparing major cuts in aid to poor countries in budgets now before their parliaments, while Denmark has approved a major decrease in foreign aid.

The Netherlands is also looking at shifting funds from development assistance to refugees inside the country.

"Resources for one area should not come at the expense of another," he said in a statement.

Ban said shifting funds from development aid to refugee assistance was "counter-productive" and would reduce opportunities for millions of people worldwide seeking to build better lives in their home countries.

Nearly 800,000 refugees and migrants have reached Europe by sea this year and hundreds of thousands more have crossed borders, many of whom are fleeing the war in Syria.

A group of Swedish charities last week denounced their government's proposed 60 percent cut in aid to pay for the record influx of migrants.

"If development aid is siphoned off, then people facing extreme poverty or war will see any chance of improving their lives sharply diminished," the signatories, which included the Lutheran Church, said.

Sweden, a country of 9.8 million, is expecting to receive up to 190,000 asylum seekers this year -- putting it among the European states with the highest proportion of refugees per capita.