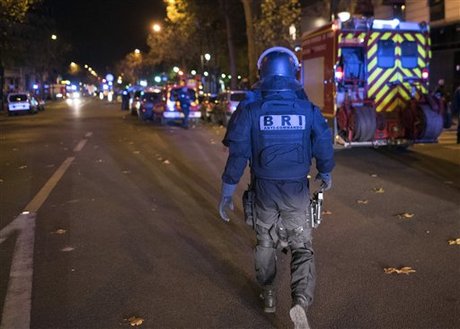 Berlin police on Saturday boosted security in the German capital, with barricades put up at French sites including the embassy, after the attacks in Paris that left at least 128 people dead.

"We have adjusted our protection measures overnight," a police spokeswoman told AFP, although she would not give details.

The French embassy next to the Brandenburg Gate was blocked off, and flags were flying at half mast.

Dozens of people had also gathered in front of the embassy where they left flowers and candles as a sign of solidarity.

France was in a nationwide state of emergency Saturday after a night of horror in Paris when gunmen sprayed restaurants with bullets, massacred scores of concert-goers and launched suicide attacks near the national stadium.