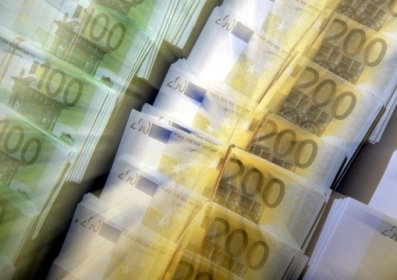 Greece announced officially Friday that it had scrapped plans to hold a referendum that had enraged EU leaders, ahead of a knife-edge confidence vote which threatened to spark yet more chaos.

Finance Minister Evangelos Venizelos said in a statement that he had informed top EU officials "of Greece's decision not to hold a referendum", the first senior Greek politician to announce it so clearly.

Under intense pressure from the likes of German Chancellor Angela Merkel, Prime Minister George Papandreou had on Thursday backtracked on his controversial call, saying he was ready to scrap the referendum.

Papandreou's future was hanging by a thread on Friday, as he faced fresh calls to resign ahead of a confidence vote that could topple his socialist government and push the debt-wracked country closer to bankruptcy.

Analysts said that renewed political turmoil could halt the disbursement of a new eight-billion-euro ($11-billion) aid package that Venizelos said the country "absolutely needed" by December 15 to avoid bankruptcy.

The vote, expected at midnight (22:00 GMT), is impossible to call, with Papandreou's PASOK party in theory holding a razor-thin majority.

PASOK has 152 members of the 300-seat parliament, but several deputies have threatened to rebel amid calls for a national unity government.

Venizelos said he had told EU Economic and Monetary Affairs Commissioner Olli Rehn, Eurogroup chief Jean-Claude Juncker and German Finance Minister Wolfgang Schaeuble that the goal of the vote was to form a unity government.

This government would aim to implement the terms of an EU bailout plan clinched in late-night talks in Brussels last week, guarantee the country's future in the Eurozone and "respect the sacrifices of the Greek people," he said.

It was still not clear whether Papandreou would step aside, but in a dramatic development late Thursday he indicated he was ready to put country before personal ambition.

"I have excluded nothing from the discussion" with his political opponents, Papandreou told lawmakers.

"Even my own position. And I am not tied to any particular post. I have already said that and I am proving it daily.

"Even my re-election does not interest me. What interests me is saving the country," the embattled prime minister said.

European markets also edged higher against the backdrop of the G20 summit in France. However Greece's own stock market later headed into the red and was down around two percent at midday local time (12:00 GMT).

Papandreou's referendum U-turn was prompted by an offer from the conservative opposition party, New Democracy, to back the bailout fund in return for the formation of a national unity government and early elections.

On the street, people appeared to be in favor of a government of national unity.

A pensioner, who gave his name as Takis, told Agence France Presse: "As matters stand, nothing can save us.

"There must be a government of national salvation with all the parties until we have elections. They way things are now Giorgios (Papandreou) cannot continue."

The political atmosphere in Athens remained fraught after rowdy parliamentary scenes Thursday, with New Democracy leader Antonis Samaras accusing Papandreou of blackmailing and lying to the Greek people in a desperate bid to cling to power.

The Ta Nea daily said the country was "on the edge of a cliff" and Eleftheros Typos slammed Papandreou, saying he was "destroying Greece."

As the turmoil on the Greek political scene intensified, the debt-wracked country, enduring its worst post-war economic crisis, is in danger of running out of cash in little over a month.

Venizelos had admitted that Athens "absolutely needed" before December 15 an eight-billion-euro slice of aid that has been blocked by EU leaders furious at Papandreou's referendum gamble.

For the first time, Merkel and others raised the specter of Greece leaving the euro, hiking the pressure on the politicians in Athens to strike a deal if they wanted to remain in the bloc.

Analysts at Capital Economics said this was the most significant outcome of the Greek referendum saga.

"The fact that Eurozone leaders have for the first time openly acknowledged that a country can leave the single currency is a potentially seismic development in the evolution of the debt crisis," they said.

And economists were eyeing the vote nervously; worried that more political uncertainty could push the European debt crisis to new heights.

Barclays Capital said in a research note that the confidence vote "probably holds the greatest uncertainty" of the economic risks on Friday.

"A no vote would likely further cloud the timing of the disbursement of the sixth IMF tranche, in our view," the note said.

The confidence vote follows three days of passionate debate in the parliament chamber which was expected to resume at 6:00 pm (16:00 GMT).

Bemoaning the fact that "Greece is once again in the world media spotlight for all the wrong reasons," the Athens News said the country was in a state of "confusion and inconsistency."