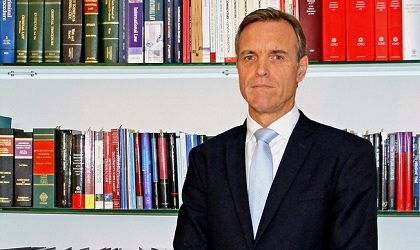 Special Tribunal for Lebanon Prosecutor Norman Farrell concluded on Thursday a four-day working visit to Lebanon, during which he held meetings with judicial representatives, other Lebanese officials, diplomats, and the Prosecutor’s staff in the Beirut office.

“This fruitful visit was another opportunity to continue enhancing my working relationship with our Lebanese partners”, said Farrell.

“This visit allowed me also to directly meet with and thank my staff for their dedication and continued efforts to achieve the mandate of our office,” he added.

During his mission, the Prosecutor gave a lecture at the American University of Beirut to students participating in the fifth Inter-University Program on International Criminal Law and Procedure (IUP-ICLP).

IUP-ICLP is organized by the STL in cooperation with nine prominent Lebanese universities and the T.M.C. Asser Institute in The Hague.