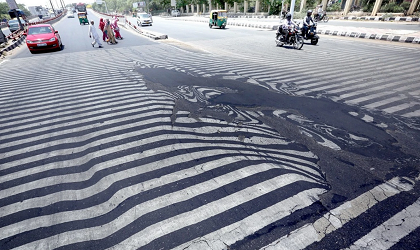 Despite the organization and funding behind groups which try to cast doubt about the causes and implications of climate change, the facts have spoken. The world continues to warm and their favorite myths have died.

We know that human-emitted heat-trapping gases warm the planet. In fact, this has been known for well over a century. With modern instruments (like ocean thermometers and satellites among others) we are now measuring the change. With advanced climate models, we can predict the changes. The measurements and the predictions are in excellent agreement, despite what cable news and second-rate skeptical scientists say.

And this year, the data are in. Using measurements to date, and long-term weather forecasting to predict the last 40 days of the year (while it may seem a bit early) we now know. As my colleague Dana Nuccitelli recently noted, 2015 is the hottest year on record. When the final numbers come out in January, the NOAA 2015 global averaged surface temperature anomaly over both land and ocean will be 1.6°F above the long-term average. For the NASA GISTEMP dataset, it will be 1.5°F above the long-term average. This comes on the heels of last year’s record and recent record ocean heat content. So, the bad news is we continue to break records.

The good news is that the favorite myths from climate-change skeptics have taken a beating this year. Perhaps the best-known myth is the so-called “pause” or “hiatus” in global warming. This year, six individual studies have looked into this and found it incorrect. I have co-authored one of the studies, and I’ve written about some of the others here and here.

Well just today, another paper was published by Stephan Lewandowsky, James Risbey, and Naomi Oreskes that comes to the same conclusion. The paper is titled, “On the definition and identifiability of the alleged “hiatus” in global warming”. The authors assess the magnitude and significance of all possible warming trends during the past 30 years. They found that looking back in time, the current definition of a “pause” in warming, as it is used in the literature, would have been used for more than one-third of the time, even though temperatures during the past 30 years increased by 1.1°F (0.6°C).

The authors included 40 peer-reviewed studies that reported on the so-called hiatus or pause, and found no consistent definition among those studies. Then, the authors used these same 40 papers and asked whether the so-called “hiatus” was unusual in the time records. They found it wasn’t.

The study also found that when the sample size is small (such as a short time period with very few years), a so-called “hiatus” will always appear. For instance, anyone claiming a “hiatus” shorter than 12 years will almost always find one.

I asked author Naomi Oreskes for a summary and she told me,

For a long time, climate change contrarians and deniers have insisted that global warming has paused, stopped, or taken a hiatus. This might have been dismissed as the usual denier cherry-picking—since much of it was based on cherry picking the starting year of 1998—an unusually hot year.

So we took up the question, first of all, whether the warming had stopped and second, if it had not, why were scientists calling it a pause. Ironically the paper that answered the second question got published first: we showed how contrarian discourse had steeped into the climate science community, so scientists were calling this decrease in the rate of warming a pause, when it clearly was no such thing. If warming continued, as indeed it did, then by definition that is not a pause, nor a hiatus. Our new paper, shows statistically that not only has there not been a pause or hiatus, but that the observed rate of warming is well within the range of previous fluctuations—including some positive fluctuations (i.e. increases in the rate of warming) that did not generate any scientific attention.

So the bottom line is: there is no pause, and there has never been one. The rate of global warming does fluctuate—but this has been known for a long time. Whether or not any particular fluctuation has an identifiable cause—like the effects of ocean heat uptake or an El Nino-- is an interesting question, but a fluctuation is not a pause, and it is important to be clear that the recent fluctuation is not statistically anomalous compared with other fluctuations we have seen, relative to the longer-term warming trend.

Now, with six nails in this coffin of this myth, are any more needed?