Syria/Iraq: Who is Fighting the Islamic State? 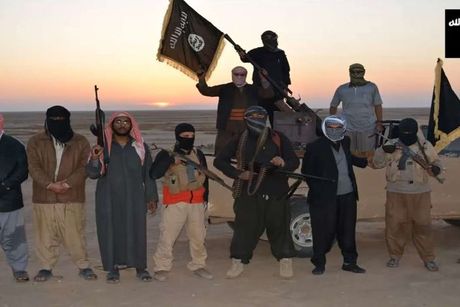 Here is a breakdown of the main forces fighting Islamic State jihadists in Iraq and Syria, after British lawmakers on Wednesday voted to join the U.S.-led bombing campaign in Syria:

- Syrian and Iraqi armies -- SYRIA: The Syrian army numbered 178,000 troops in 2015, according to the International Institute for Strategic Studies (IISS). Syria's army has been roughly halved from its pre-war strength by deaths, defections and increased draft dodging. In its fight against rebels and jihadists, it relies on militias, which claim 150,000 to 200,000 members.

Washington and its allies then sought to train the Iraqi army and the government to restructure it. Since September, Baghdad has U.S. F-16 fighter jets at its disposal. For ground forces, Iraq depends heavily on Shiite militias, notably the Popular Mobilization units (Hashed al-Shaabi) and Sunni tribal units.

- Kurdish forces and rebel militias -- Kurds have defended their own territory from the IS, backed by raids by a U.S.-led coalition with Syria's Kurdish People's Protection Units (YPG) in the north and northeastern Syria, and peshmerga in northern Iraq.

- In Syria, after the failure of a plan to train rebels, Washington has offered support since October 12 to a coalition of Kurdish militia and rebel groups: the Syrian Democratic Forces (SDF), an alliance between the powerful YPG and other Syrian rebel groups.

- Elsewhere in Syria, the armed opposition is fractured between a variety of moderate and Islamist rebel groups, including the powerful Ahrar al-Sham faction in north and northwestern Syria, the Army of Islam near Damascus, and the Southern Front in Daraa province.

Some of those forces have occasionally allied with al-Qaida affiliate Al-Nusra Front, an IS rival.

- Foreign forces -- The U.S.-led international coalition has been conducting air strikes in Iraq since September 2014 at Baghdad's request, and in Syria, where it has publicly refused to collaborate with the Damascus authorities.

The coalition comprises around 60 countries, including Britain, France, Syria's Arab neighbors and Turkey, as well as since late September Tunisia, Malaysia and Nigeria.

It has publicly ruled out putting boots on the ground but has sent soldiers to train Iraqi troops.

Less than a dozen of the countries actually carry out air strikes, which have totaled 8,300 over the past year, and of which the U.S. has accounted for about 80 percent.

Five countries -- the U.S., France, Canada, Australia and Jordan -- have been taking part in air strikes in both Syria and Iraq. Britain will be the sixth.

Others are taking part in strikes in Syria but not Iraq: Saudi Arabia, Bahrain, United Arab Emirates and Turkey, or in Iraq but not Syria: Denmark and the Netherlands.

Washington has also sent the aircraft carrier USS Harry S. Truman to the Mediterranean along with 3,500 soldiers to Iraq, and is to deploy at least 200 more special forces troops in both Iraq and Syria.

FRANCE: is stepping up its air strikes in Syria after the November 13 terrorist attacks in Paris claimed by the IS. It has mobilized 3,500 soldiers, and deployed its flagship aircraft carrier Charles de Gaulle to the eastern Mediterranean, more than tripling its strike capacity.

TURKEY: launched its first air strikes with the coalition on August 28, and has authorized the U.S. to use its strategic base at Incirlik.

Germany has sent around 100 soldiers to train Kurdish troops and is to add 1,200 to the fight in Syria, notably on board a frigate that will accompany the Charles de Gaulle, and on refueling and reconnaissance aircraft.

RUSSIA: A key ally of the Damascus regime, Moscow began launching air strikes on September 30 in Syria, after boosting its military presence over the summer.

Its fleet in the Caspian Sea has also fired cruise missiles. Moscow is calling for a "large anti-terrorist coalition"  and has sent up to 2,000 soldiers to Syria according to the Russian press.

Accused by the U.S. and ITS allies of targeting the opposition to Damascus rather than the IS, Moscow has stepped up attacks on the jihadists since the violence in Paris and the downing of a Russian plane over Egypt's Sinai desert, but it continues to strike other groups too. Russia, Iran, Syria and Iraq have been sharing intelligence since September.

IRAN: The Shiite power backs the regimes of Damascus and Baghdad and has committed its elite troops, the Revolutionary Guards, in Syria. In all some 7,000 soldiers have been sent to Syria and Iraq.

LEBANON: The powerful Shiite militia Hezbollah has committed between 5,000 and 8,000 fighters to Syria where they operate alongside the army.