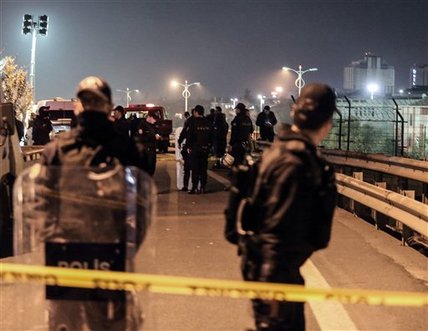 A female suspected member of the outlawed Kurdistan Workers' Party (PKK) was killed Friday in Istanbul in a police operation against militants suspected to be planning suicide attacks, reports said.

A female member of the PKK was killed in the ensuing shootout with police while three other militants were detained, Dogan said.

The MLKP, an offshoot of the Turkish Communist Party/Marxist-Leninist (TKP-ML) set up in 1994, is a small armed group that seeks to replace Turkey's political system with a communist regime.

It is considered by the Turkish authorities as close to the PKK, which has over the years narrowed its demands from an independent Kurdish state to greater autonomy and cultural rights.

The Turkish government has been waging a relentless offensive aimed at crippling the PKK, which has staged a string of attacks against security forces in Turkey since a two-year-old ceasefire fell apart in late July.

The violence has destroyed hopes of fresh talks to end a conflict that has claimed tens of thousands of lives since 1984.