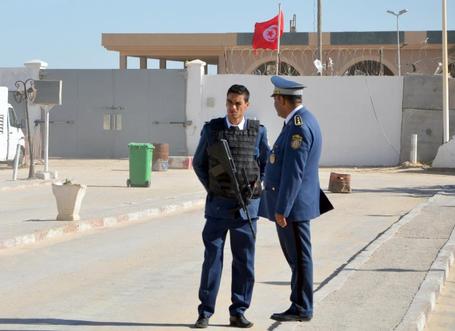 Tunisia has reopened its border with Libya, 15 days after it shut the frontier following a suicide bombing in Tunis claimed by the Islamic State jihadist group, the interior ministry said Friday.

The crossing points of Ras Jedir and Wazen-Dhehibe were open on Friday amid extra security, according to an AFP journalist.

Tunisia ordered that border crossings with its conflict-stricken neighbor be closed after a November 24 attack on a bus carrying presidential guards along a main thoroughfare in the capital killed 12 personnel.

The attack, claimed by IS, prompted Tunisian authorities to ramp up surveillance and security at its borders and reimpose a month-long state of emergency as they try to grapple with the increased threat emanating from lawless Libya.

The interior ministry said the explosive used in the attack was the same used to make suicide belts illegally brought from Libya and seized last year.

Last month's bombing was the third attack claimed by IS in Tunisia this year, after 22 people were killed at Tunis' Bardo National Museum in March and 38 people, mainly British holidaymakers were gunned down at the seaside resort of Sousse in June.

Official sources estimate that as many as 6,000 Tunisians have traveled to fight in Iraq, Syria and Libya, with many opting to join a number of extremist militant groups.