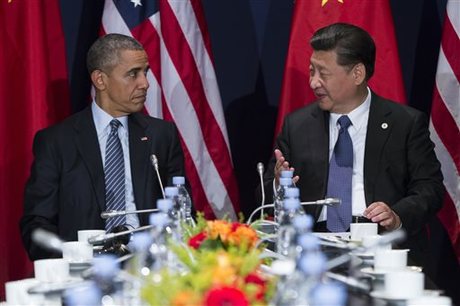 U.S. President Barack Obama and his Chinese counterpart Xi Jinping are committed to reaching an "ambitious" climate deal in Paris, the White House said Friday, after a late night phone call between the two leaders.

"Both leaders agreed that the Paris conference presents a crucial opportunity to galvanize global efforts to meet the climate change challenge," it continued.

"They committed that their negotiating teams in Paris would continue to work closely together and with others to realize the vision of an ambitious climate agreement."