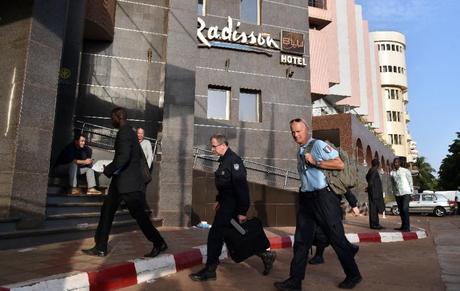 A probe into last month's hostage taking at a hotel in Mali's capital Bamako has been slowed by procedural differences between Malian investigators and their foreign counterparts, sources said Saturday.

The investigation into the November 20 attack on the Radisson Blu in Bamako which left 20 people dead is being carried out by Malian investigators as well as experts from the United Nations, France, Canada and Belgium.

"There are some avenues available, but at the moment, the inquiry is at a standstill," a Malian security source said, speaking on condition of anonymity.

Foreign experts do not work "in the same manner" as their Malian colleagues, and resuming the probe will require "changing working procedures", she said without elaborating.

The differences were confirmed by a security source within MINUSMA, the UN mission to Mali, who said: "The approaches to the inquiry are not the same."

The U.N. source declined to give details.

A Malian investigator, who also did not want to be named, said there had been "a divergence" over the surveillance of possible suspects currently at large.

Al-Murabitoun group, an Al-Qaida affiliate led by one-eyed Algerian militant Mokhtar Belmokhtar, claimed it was behind the deadly raid.

Days later, Malian forces in Bamako arrested two people in connection with the attack, but no further arrests have been made since.

Sources close to the inquiry said two other suspects were "actively" wanted.

A Malian investigator, meanwhile, said officials were also awaiting results from an American inquiry regarding the weapons used by the attackers and their DNA.