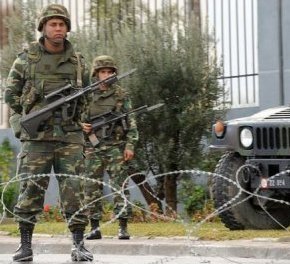 Tunisia extended for another two months Tuesday a state of emergency imposed after a deadly November bus bombing claimed by the Islamic State group, the presidency said.

President Beji Caid Essebsi has "decided on an extension of the state of emergency over all the territory" of the country "until February 21, 2016," a statement said.

It had been due to expire on Wednesday. It was imposed on November 24 following a suicide attack in the capital that killed 12 presidential guards.

The measure gives authorities the power to prohibit strikes by workers and meetings that might stoke unrest, as well as to close entertainment venues and bars and to censor the press.

In addition to the state of emergency, the authorities also imposed a curfew on Tunis and closed the border with Libya, where investigators believe the attack was planned.

Both of those measures were lifted earlier this month.

Tunisia, the cradle of the Arab Spring uprisings, has been plagued by Islamist violence since the 2011 overthrow of longtime dictator Zine El Abidine Ben Ali, with three IS-claimed attacks this year.

The earlier attacks -- at the capital's National Bardo Museum and on a hotel near the Mediterranean resort of Sousse -- killed a total of 60 people, all but one of them foreign tourists.