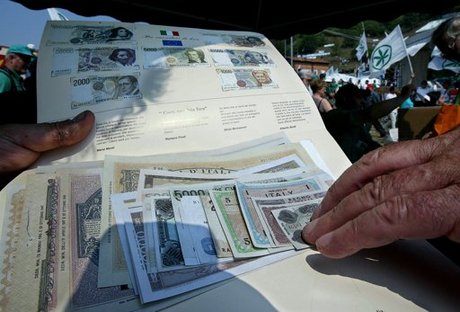 "The economic and financial situation of Italy is very worrying," EU Economic and Monetary Affairs Commissioner Olli Rehn told a news conference after a meeting of European Union finance ministers.

"From our side, the sooner the better because time is of the essence and Italy is facing very significant market pressure for the moment," he said.

Italy's borrowing costs hit a new record after Rehn's remarks and after Italian Prime Minister Silvio Berlusconi, under growing pressure to resign, failed to garner a majority in a crucial vote in parliament.

"As regards the Italian bond spreads, certainly we are concerned of the situation and we are following (it) very closely," Rehn said.

"The essential thing is now to restore confidence in the Italian ability (for) economic growth and fiscal stability."

The European Commission's mission in Italy will coordinate with the European Central Bank and run in parallel with a team from the International Monetary Fund, which was invited by Berlusconi to examine the country's books.

The EU mission, which will meet Italian ministers, is "both necessary and useful groundwork for the future decisions in Italy by whatever government, present or future government, once this work is done," Rehn said.

The top EU official has given Italian Finance Minister Giulio Tremonti a questionnaire with 40 "very specific questions" on the implementation of austerity measures promised by Rome.

"I trust that I will get responses shortly, by the end of this week," Rehn said.

Berlusconi's future hung by a thread after the embattled leader was hit by a rash of defections in parliament that put his ruling coalition in a minority.

A vote on Italy's 2010 public accounts -- a precondition for the approval of future budgets -- was passed by 308 votes in favor and none against with one formal abstention but 321 deputies refused to take part in the vote.

The absolute majority in Italy's 630-seat parliament is 316 votes. The result leaves Berlusconi's centre-right coalition effectively with no mandate to pass the ambitious reforms needed to rescue Italy's finances.