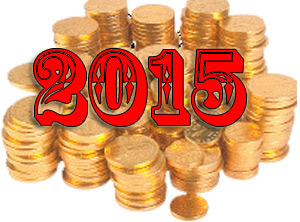 Canada's plan to balance its budget will be delayed by a year to fiscal 2015-2016 due to slow global economic growth, the finance department announced Tuesday following a dismal jobs report.

The government of the G7 country had pledged during an election campaign in May to return to a budgetary surplus by fiscal 2014-2015, but is now aiming for a small surplus of $0.6 billion the following year, said an economic update.

Canada's economy performed much better than other Group of Seven industrialized nations during the global economic downturn, but its outlook weakened in recent months due to external woes.

Economists revised downward their growth forecasts to 2.1 percent this year, from 2.9 percent, after the heavily export-driven economy surged in 2010.

And Canada's central bank, noting that the global economy has "slowed markedly," said growth would remain modest through the middle of next year.

Despite this bleaker forecast, Finance Minister Jim Flaherty said in a speech in Calgary: "We are determined to see this commitment to budget balance through.

"Economic angst will not sidetrack us from our ultimate goal," he said.

"At the same time, let me be clear: our government is well aware of the global economic turbulence happening now."

As minor stopgaps, Flaherty announced the extension of a work-share program that has supported more than 290,000 Canadians over the past three years, and cut in half a scheduled increase in employment insurance premiums charged to employers to five percent.

Some $60 billion in stimulus spending, however, has wound down, and Flaherty said he still hoped to achieve five percent savings in government program spending cuts.

The finance department, meanwhile, revised downward the budget deficit this year to $33.4 billion, from $36.2 billion forecast in the last budget in June and a record $55.6 billion in fiscal 2009-2010 during the recession.

At least they are working towards a balance budget. Flaherty made the announcement yesterday but rumors have it that he is resigning soon as Finance Minister and will be running for the leadership of the conservative government in Ontario to take a run ATP the premiership next provincial election.