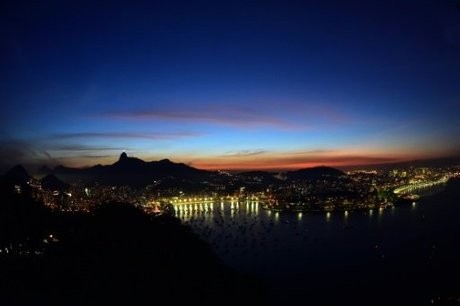 The young people were riding home from a party on motorbikes when the police stopped them allegedly for not wearing their helmets, the Rio daily O Dia said.

Eight military police who work in the Santa Teresa slum demanded money in exchange for letting them go, the report said.

The youths turned over the money they had, but the police insisted it was not enough, the report said.

It is very unwelcome publicity for the "Marvelous City," as Rio like to call itself.

The crisis comes as the metropolis of Rio readies to host the 2016 Summer Olympics in August, raising concerns about public safety amid an influx of thousands of athletes and tourists.

Organizers prefer to stress that the work to host the August 5-21 Olympic Games and 10,000 athletes from 206 countries has been without delays, and improvements to Rio's public transport network will be a lasting legacy.