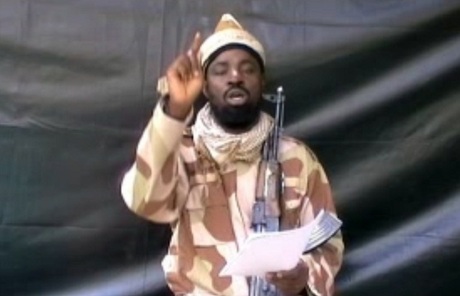 As Nigeria rings in 2016, the ever-present threat of violence by Boko Haram hangs heavy over Africa's most populous country, despite official claims that the battle against the Islamist group has been "technically" won.

After setting a December 31 deadline to rid his country of Boko Haram, President Muhammadu Buhari told the BBC: "I think technically we have won the war because people are going back into their neighborhoods."

In his New Year message to the nation, Buhari commended the military for "significantly curtailing the insurgency" but acknowledged there was "still a lot of work to be done in the area of security."

"This government will not consider the matter concluded until the terrorists have been completely routed and normality restored to all parts of the country that have been adversely affected by the Boko Haram insurgency," he said.

But despite the official assurances, violence and fear continue to stalk several major cities in Nigeria's troubled northeast.

Late last month, more than 50 people were killed in a 48-hour wave of attacks in the mainly Muslim region that were blamed on the jihadists.

Boko Haram has resorted to suicide bombers -- many of them young children -- to wage its war for an independent Islamic state in the country.

The extremist group has also spread its bombing campaign to neighboring Cameroon, Chad and Niger.

"Boko Haram is still a big threat despite the government's claim that the group has been weakened," said Ibrahim Kulo, 47, a resident of the violence-wracked northeastern city of Maiduguri.

"One cannot venture 10 kilometers (six miles) outside the city without the fear of Boko Haram ambush. We live in real danger of Boko Haram," he told AFP.

"Boko Haram remains a threat. I don't believe it when the government says they have defeated Boko Haram," said the resident of the northern city of Kano.

"I agree that the military has made substantial progress in the fight against the group," he told AFP.

"But the fact that Boko Haram can still carry out attacks like the ones... last week is an indication that they are still a serious threat. Although there has been a lull in attacks in Kano, the threat still remains."

"We don't know when and where the next attack will occur."

The latest attacks "underscore the difficulty of dealing comprehensively with such a group," Nigerian political analyst Chris Ngwodo told AFP.

"The president said some days ago that Boko Haram had been technically defeated. What they meant to say was that the group's ability to stage attacks has been seriously degraded," Ngwodo added.

But despite the deadline passing, Ngwodo said Buhari still enjoys the backing of most Nigerians in the fight against Boko Haram.

"A lot of people felt that the previous administration (of president Goodluck Jonathan) was simply at sea. Indeed, they were incompetent when it came to dealing with security threats," Ngwodo said.

But he said Buhari should seek to change his strategy to end the insurgency, which has claimed more than 17,000 lives since it began in 2009.

In a possible sign of this tactical change, Buhari said on Wednesday his government was "prepared to negotiate" with the Boko Haram leadership "without precondition" over the release of 219 kidnapped schoolgirls from Chibok once "credible" leaders were identified for talks.

He also hinted he could ban the wearing of hijabs or other headwear by Muslim women if insurgents continued to use veiled women to carry out suicide attacks.