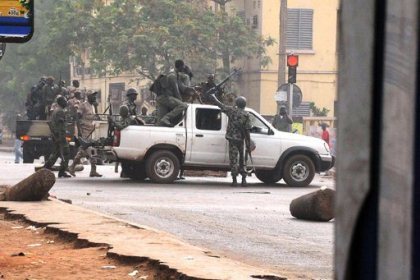 They will be deployed in Mali, to relieve French forces in their fight against jihadists, and in northern Iraq, to train Kurdish troops also battling IS.

The boost to the two missions must be approved by parliament, which is seen likely in coming weeks given the strong majority of Merkel's coalition government.

Some 500 of the additional troops will be sent to the U.N. mission in Mali, MINUSMA, to monitor a peace deal between the government and northern rebels in the west African country.

The Bundeswehr's previous mandate there was for 150 soldiers, but only about 10 were deployed. The new total deployment could therefore be up to 650 troops, cabinet decided.

This comes on top of some 200 German soldiers who are serving as part of a European training mission of Malian soldiers in the country's more stable south.

In northern Iraq, Germany will boost from 50 to 150 troops its mission to provide weapons training to Kurdish Peshmerga fighters.

"We will and must stand firmly by France's side and do everything we can to help in this situation," von der Leyen said at the time.

Northern Mali fell under the control of al-Qaida-linked groups in 2012.

The Islamists were largely ousted by a French-led military operation launched in January 2013, but large swathes of Mali remain lawless and prone to attacks.