We Have One Generation to Save Our Cities, Global Engineering Firm Warns 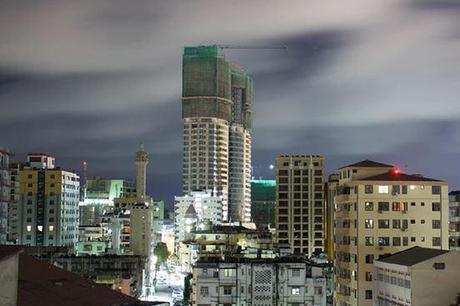 Cities around the world have only one generation to meet the twin challenges of climate change and a rapidly growing urban population, the head of a global engineering firm has warned.

Gregory Hodkinson, chairman of the Arup group, said that with more than half the world’s population already living in cities, and the proportion set to rise to 70% by 2050, city leaders need to take urgent action.

“The big challenge – apart from the obvious humanitarian one of trying to build these [cities] fast enough to provide the real basics of shelter and essential utilities – is doing all those things and doing them in a low-carbon way,” he said.

“If we don’t, in my view, we’re screwed: my children and my grandchildren and everybody else’s children. We need to find a way to do this rapid urbanization in a way that’s not going to kill us – and to do it once.”

Cities, said Hodkinson, tend to rebuild themselves slowly, meaning there is huge pressure on planners to ensure that the urban areas of the coming decades are as clean and sustainable as possible.

“Once they’re there, they’re there for a long time,” he said. “And we’ve got one generation, so whatever we’re doing now, we’d better be doing it with that in mind.”

Hodkinson, a former trustee of WaterAid who also works with the World Economic Forum on developing sustainable and resilient cities, said that although most of the urban population growth will take place in Africa and Asia, all cities share similar concerns: housing, crime and infrastructure.

“Putting aside the question of funding, probably every mayor or city leader in the world would have those things at the top of the list,” he said.

“It could be a question of emergency housing for conflict-driven migration or we could be talking about how can you have teachers and nurses and policemen in London when nobody can afford to live here? It’s a question of degree, but the same issues are there in every city.”

Despite the scale of the challenge, Hodkinson said he has been heartened by the progress made in some rapidly evolving Chinese cities – and by what he saw at the recent climate change conference in Paris.

He said the mood in Paris was noticeably different to that at the Copenhagen summit six years earlier, adding that the representations made by about 400 mayors – who, between them, speak for perhaps 20% of the world’s population – show just how strong the clamour for action has become.

“But they all said in one voice: ‘We need to do something on reducing emissions, changing our energy sources and investing in climate resilience’. It was really great to hear and you’ve got to be optimistic because the other option is not very attractive. I came away optimistic that there would be a renewed effort to put our city development on to a more sustainable path. It can be done. Will it be done? We’ll see.”