5 Facts to Know about the California Methane Leak 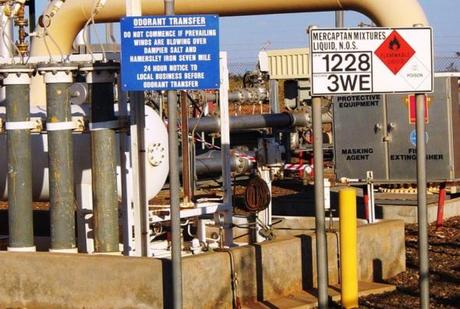 A methane leak in Southern California has forced thousands of people from their homes. Although the gas first began spewing from a leaky underground well in October, the gas company only recently identified the source of the leak.

Now, officials with the company say it could be months before the methane leak is stopped.

But what exactly caused the methane leak in the first place, and how will it affect those in the surrounding areas? Here are five things to know about the Southern California methane leak.

1. Methane is the main component of natural gas

Methane is a simple hydrocarbon made up of one carbon atom and four hydrogen atoms, and is produced when microorganisms called methanogens combine carbon dioxide and oxygen. It is the main constituent in the natural gas that is used for heating and cooking in some homes.

By itself, methane is colorless and odorless. When it is processed for use in homes, an odorant is added, so that people will be able to smell it if there is a gas leak.

Scientists say that vast stores of methane are buried beneath the seafloor, locked into a cagelike crystal of water molecules, making it stable. Other huge sources of methane are the organic matter frozen into the permafrost in the Arctic.

The methane that's leaking probably isn't part of California's natural reserves. Most of the methane that is used in Southern California homes actually comes from somewhere else (typically West Texas or Southern Colorado). It is transported to California via a massive network of interstate pipelines, according to the U.S. Energy Information Administration.

The source of the methane leak, which began on Oct. 23, is the Aliso Canyon Gas Storage Field, the largest underground methane storage facility in the western United States. The storage facility is located in a mountain near the community of Porter Ranch.

3. It's an environmental disaster

Since October, the leak has released 150 million pounds (72,000 metric tons) of methane into the environment, according to the Environmental Defense Fund, which has tracked the leak using infrared cameras.

That could be bad news for the climate. Methane is a greenhouse gas like carbon dioxide, but pound for pound, methane can be 25 times more powerful than carbon dioxide at trapping heat in the Earth's atmosphere, according to the Environmental Protection Agency.

Methane that enters the atmosphere takes about 12 years to break down — it is mostly removed from the air by chemical reactions with other compounds.

All told, the current leak could be responsible for a quarter of all of the state's methane emissions this year, and could be the worst methane leak in California's history.

The methane leak could also be dangerous for people who live in Porter Ranch. Methane is highly flammable (not surprising, as it is used for combustion in both gas stoves and rockets).

Depending on its concentration in the air, it can also be dangerous to inhale methane fumes, because methane can occupy the same place in blood cells that oxygen normally does. Symptoms of methane exposure include headache, nausea, vomiting, dizziness, weakness and loss of coordination, according to the National Institutes of Health. In serious cases, people may black out or die.

More than 2,000 residents of Porter Ranch, California, have been evacuated from their homes after people complained of headaches and nosebleeds, NBC News reported. Two Los Angeles Unified School District schools have closed in response to the methane leak.

5. It could take months to fix

The Southern California Gas Company has identified the location of the leak in a well 3,000 feet (914 meters) below ground. However, they still don't know what caused it.

To stop the leak, the gas company said it plans to drill a "relief" well at 5,000 feet (1,524 m), or below the level of the current leak, to divert the methane flow. Then, the company plans to temporarily plug the leaking well with a mixture of mud and fluids, before sealing it permanently with cement, CBS news reported.

But this will all be a tricky process, as it involves using magnetic-ranging techniques to find a 7-inch (17.8 centimeter) pipe located within 1,500 feet (457 m) of rock, while not damaging other pipes nearby, according to the Southern California Gas Company.

The workers will also have to stop their work if air concentrations of methane get too high and pose either a possibility of explosion or a health risk.

The whole process could be completed by late February or early March, the gas company said.