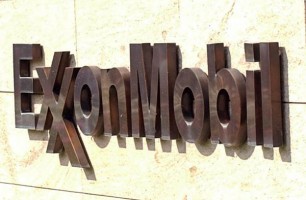 Iraq demanded Saturday that oil giant ExxonMobil choose between a new contract it has signed with the Kurdistan regional government and its existing contract for the huge West Qurna-1 field in the south.

"We categorically deny the reports carried by some media that the deputy prime minister for energy affairs (Hussein al-Shahristani) has agreed that a U.S. firm working in the south of Iraq can sign exploration contracts with Kurdistan," said a statement released by Shahristani's office.

"The Iraqi government will deal with any company that breaks the laws in the same way that it has in past and ExxonMobil has been notified of this," the statement said.

In the past, Iraq has banned all oil companies that have signed contracts in Kurdistan from taking part in tenders or contracts for fields elsewhere in the country.

Baghdad insists that oil deals are exclusively a matter for the federal government and regards all agreements signed by the regional authorities in Arbil as invalid.

A source in the Kurdistan region's ministry of natural resources said the deal with Exxon was signed in London.

ExxonMobil would not comment on the agreement when contacted by Agence France Presse.

The Kurdistan Regional Government (KRG) also posted a Financial Times article about the deal on its website.

"The KRG has for the last few months been in discussions with a number of major oil companies. This resulted in the recent signing by ExxonMobil of contracts to explore in six blocks," the article quoted Michael Howard, an adviser to the KRG, as saying.

It is a ground-breaking deal, Ruba Husari, the editor of the Iraq Oil Forum, told AFP.

"For the first time, a company -- and not just any company but a major -- decided to break the red line of signing a contract that is not recognized by the federal government as legitimate after it has obtained a major one from Baghdad," Husari said.

She estimated that Exxon took the contract because "what it was offered was a production-sharing contract (PSC) that is a lot more lucrative" than the service contract it had signed with Baghdad.

In January 2010, the Iraqi oil ministry completed the deal with ExxonMobil and Anglo-Dutch giant Shell to develop production at West Qurna-1, which has reserves of around 8.5 billion barrels and is the country's second-biggest field.

But the service contract gives the consortium just 0.92 dollars per barrel extracted.