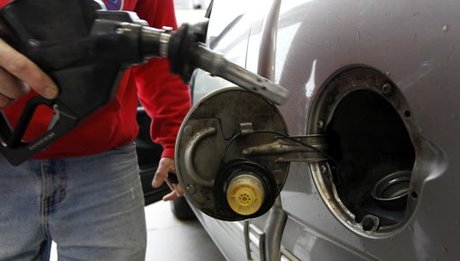 Discussions are heating up about a proposal to increase the price of gasoline, a move that will likely aggravate the differences between the rival parliamentary blocs and parties.

Finance Minister Ali Hassan Khalil told As Safir daily on Monday that his ministry has not taken any final decision to increase the price of gasoline by about LL5,000.

Twenty liters of gasoline is currently selling at about LL20,000 as as result of a global slide in oil prices.

Khalil said any proposal to increase prices should come from the energy ministry. “The finance ministry will later study the issue and set the economic and social effects that could entail.”

Speaker Nabih Berri's visitors also asked him about his stance from such a proposal.

He rejected a LL5,000 increase on prices but said imposing a LL3,000 tax was negotiable.

Berri warned that the state's fiscal situation is difficult and that the country is in dire need of appropriations in several sectors.

Al-Mustaqbal bloc leader MP Fouad Saniora, who was the first to propose the increase, told As Safir that al-Mustaqbal would reject an additional tax if the Finance Ministry was able to provide the treasury with its needs.

But he warned Khalil, saying: “He should know that if he didn't tell the truth, then the issue will blow up in his face.”

Saniora told the newspaper that when he was Finance Minister he acted for the public's interest without having the intention to gain popular support.

But Khalil threw the ball in the government's court, saying only the cabinet is entitled to set the country's strategic financial choices and to decide on the source of new revenues if it approved to increase spending.

As Safir also asked the head of the parliamentary appropriations committee, MP Ibrahim Kanaan, about the proposal to increase gasoline prices.

Kanaan said his bloc disagrees with Saniora on the issue, adding it is not permissible to put more taxes on citizens every time the state needs more revenues.

The lawmaker also rejected to put on citizens the burdens of failed policies.

“Only the state budget can provide us with an estimate on the needed revenues … Anything other than that is a trap to impose more random taxes on the people,” he said.

Economy Minister Alain Hakim also expressed a similar opinion, telling al-Liwaa newspaper that he would vote against any decision to impose more taxes on citizens even if they amounted to LL500.

"Saniora told the newspaper that when he was Finance Minister he acted for the public's interest without having the intention to gain popular support." said the most corrupt Finance Minister in Lebanese history.

I heard that our citizens might protest. I'm not sure protesting will do anything. After all, we protested about unfair wages and uncollected rubbish. How did that go? The Lebanese government are not interested in us or our country. They are slowly turning it into an unliveable hell. And they are doing this all on our backs. God help us before we disintegrate into oblivion.