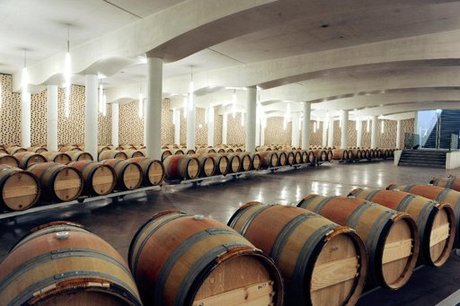 Residents of Saint Emilion, a hugely popular UNESCO World Heritage site in southwest France, were shocked when their mayor sold a medieval monument to pay off debts.

And while the council has defended the controversial sale as a means of raising much-needed cash for the upkeep of historic sites, it has undertaken to rethink the strategy and find alternative means of funding in future.

"Saint Emilion has a very rich medieval heritage but that leaves them with a lot to do and they don't have the resources," was how Francois Gondran, the state architect responsible for Bordeaux and Saint Emilion, explained the sale of the 14th century Cordeliers cloister, home to a sparking wine producer.

"What are expensive to maintain are the ramparts, 80 percent of which date from the Middle Ages. They are very expensive to restore and difficult to access. It involves a lot of man-hours."

This medieval wine village 40 minutes from Bordeaux is part of the stunning vineyard landscape classified by UNESCO as a heritage site in 1999.

By the 11th century it was a popular spot on the well-trod pilgrimage route to Santiago de Compostela.

Today wine devotees and history buffs, and the occasional pilgrim, pour through its cobblestone streets, limestone churches and wine shops.

"It's more than just another historical monument. The courtyard of the Cordeliers was symbolic," said Jean-Luc Boisseau, a bookstore owner and member of the town's historical and architectural society.

"It was the last public park, free, open to everyone and where even people of modest means could have a drink amongst magnificent ruins.."

The site, which includes a reception hall, cellars, offices, crumbling cloister and garden sold for 750,000 euros ($1.04 million dollars), shortly after 570,000 euros were spent restoring it, according to the historical society.

The new owner, Jean-Paul Cales, vice president of the Bordeaux Chamber of Commerce and owner of the sparkling wine company since 2008, assured Agence France Presse the cloister would remain open.

He has 11 employees and 800,000 bottles in stock. "It would be economically aberrant for me to close the cloister to the public -- people come in to see it and stop to buy," he said.

But the events have forced the town to face its financial woes and revealed the downside of being a World Heritage site.

"To remain worthy of this reputation, the commune must finance, seven days a week, town police and sanitation crews," explained Mayor Bernard Lauret.

"The commune of Saint Emilion, despite its world reputation, is sparsely populated and must take on the large expense of receiving nearly a million visitors a year and maintaining its major historical heritage."

"Restoration work is always very precise," said Gondran. "These exceptional constructions belong to our national heritage, and we are very careful about the quality of the restoration."

Roughly 50 percent of restoration costs are financed by the French state, according to Gondran, with the remaining picked up by the region and commune.

Unfortunately, Saint Emilion is buckling under a debt load four times greater than the average French town of the same size, according to the regional accounting office, despite tax revenues 73 percent higher.

"Even though Saint Emilion has abundant revenue, the financial situation has degraded over the last three years," says a 2010 report from the office.

The reasons: over staffing, lower remittance of business taxes, and a bad habit of taking out ever-bigger loans to finance spending.

The mayor's get-out-of-debt plan included discreetly selling the historical Cordelier site. Today, the various parties are determined to hash out a long-term strategy that does not include selling off more historic assets.

"At the Citadel of Blaye, we have managed to create a foundation with Total," said Gondran. "Total is willing to give to World Heritage sites that are not religious."

Saint Emilion, replete with religious buildings, is not eligible.

"We are looking into a new way to finance," said Gondran.

"There are two options -- enlarge the community that participates -- which would be complicated, or create a charitable foundation like you see in America or with the National Trust in England.

"Unfortunately this type of foundation is not part of French tradition."

"We have such an image, we have enormous possibilities," said Guy Petrus Lignac, president of the historical society and hand local winegrower.

"A Japanese donated the money to fund the two researchers working in Saint Emilion right now. I think if there was a foundation created there are people all over the world who would be ready to give for Saint Emilion."