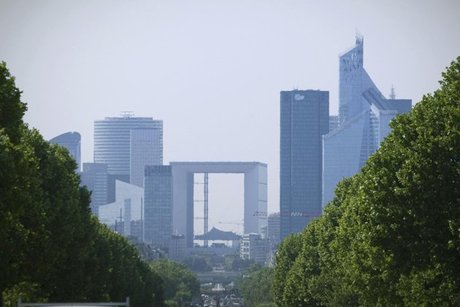 The authors of a new Eurozone health-check warned Tuesday that France needs wholesale reform even before next year's presidential vote if it is to keep its prized Triple-A credit rating.

"Among the six Eurozone countries with a AAA rating, France achieves by far the lowest ranking in the study's fundamental health check," Schmieding said. "The results are too mediocre for a country that wants to safeguard its place in the top league."

France ranks 13th out of 17 on an overall health-check indicator, according to the Euro Plus Monitor, whose full results will be presented at a "summit" of policymakers attended by EU president Herman Van Rompuy over breakfast on Tuesday.

"In most criteria used to rate progress in the Euro Plus Monitor, France finds itself with scores closer to Spain and Italy than to other AAA-rated European countries like Germany, Austria and Netherlands," the authors said.

"Safeguarding France's position in the top league of European economies will require significant reforms, ideally starting ahead of the next French presidential election," the first voting round of which is held in April 2012.

If that doesn't happen, the authors warn of "further serious slippage in the French performance relative to Germany."

They give France "the Leviathan award for the most bloated share of government spending in GDP."

The prescription they offer is for France to "rein in government consumption" and "improve education prospects especially for its immigrant population," as well as "reducing the severity of employment protection that favors privileged insiders over those looking to get a job."

The report argues that "the Eurozone as a whole is turning into a much more balanced and potentially more dynamic economy," and dismisses as "wrong" the "oft-heard suggestion that crisis countries like Greece, Portugal and Spain need to leave the common currency to regain their external balance."

Under-pressure Italy, whose problems are frequently said to mask France being pulled up towards spiraling yields on bond markets, was ranked 14th.

Top of the list were euro newcomer Estonia and veteran Luxembourg, followed by Germany.