Raad Stresses Need for Security: We Will Not Turn the Tables on Anyone 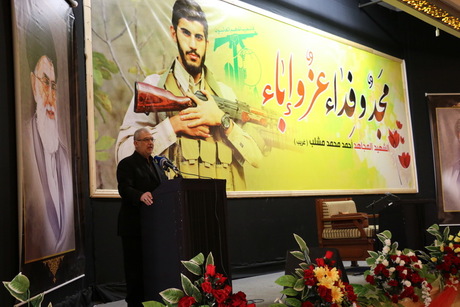 Head of Hizbullah's Loyalty to the Resistance bloc MP Mohammed Raad highlighted on Sunday the need for stability and security in Lebanon, as well as the party's keenness to end the vacuum in the presidency, reported the National News Agency.

He said: “We do not want to turn the table against anyone in Lebanon.”

“We want stability, security, civil peace, and ending the vacuum in a manner that achieves the people's expectations,” he declared during the funeral of a Hizbullah fighter in the southern city of al-Nabatiyeh.

“We seek revitalizing constitutional institutions and the economy,” he continued.

Lebanon has been without a president since May 2014 since the term of Michel Suleiman ended without the election of a successor.

Hizbullah announced earlier this year that its lawmakers will boycott electoral sessions unless it has guarantees that its candidate Free Patriotic Movement founder MP Michel Aoun will be elected head of state.

He talks about sovereignty and national will all whilst standing in front of khamanei's life size portrait;)

Exactly. What a joke.

In French we call it "prendre les gens pour des cons". Well, with some it works...

“We do not want to turn the table against anyone in Lebanon.”
Who is stupid enough to take these guys at their word? They do not keep their word when to do so is inconvenient or does not serve their separate agenda, that is not Lebanon's agenda.
All of their actions betray these words. 72 MPs came to Parliament to end the paralysis in the Lebanese Government by electing a President. Only 14 more were needed for a quorum. Hezbollah's 13 boycotted as dis the putative president elect Slyman Frangieh. Words of Hezbollah go one way, actions the other.