Activists who Lit Syria Revolt Washed away in Migrant Wave 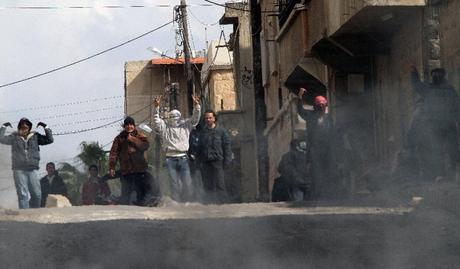 When hopeful pro-democracy activists in Syria took to the streets in 2011, they couldn't have imagined that five years later they might end up living as refugees in Europe.

Using smartphones to keep up with the news from camps and relatives' homes thousands of kilometers (miles) away, they mourn a revolt that gave way to an internationalized war.

"When I arrived in Germany, I felt like I was living with an open wound, like I'd lost my soul. I felt guilty for leaving everything behind," says Jimmy Shahinian, a 28-year-old activist with sharp features and jet-black hair.

"We had made a promise that we would change things," he tells AFP by phone from his new home, an apartment he shares with five other young men in Genthin, about 100 kilometers (62 miles) west of Berlin.

Syria's conflict erupted on March 15, 2011, when protesters massed on the streets to demand that President Bashar Assad step down.

Shahinian, a Christian, joined the movement, and was subsequently jailed and tortured.

When the jihadist Islamic State group took over his native city Raqa in 2013, he began receiving terrifying death threats.

Smuggled into Turkey in an ambulance, Shahinian became one of nearly five million Syrians who have fled the country since the conflict began.

But even in Turkey, where at least three young anti-IS activists have been assassinated in recent months, he felt unsafe.

"I had no choice but to leave," he says.

Like most other new arrivals in Germany, his first port of call was an asylum-seeker camp, where he shared a room with some 10 other people.

He tries to keep his cause alive by volunteering for a civil society group in Berlin named Citizens for Syria and learning German, though he admits "it is very hard to get used to the new life".

"I suppose it's always this way. We sparked the revolution, and the spark is always the first to burn."

Some, like citizen journalist Yazan, are unable to abandon a cause that they were ready to die for.

Yazan lived through a brutal, nearly two-year siege in the Old City of Homs, once known as the "capital of the revolution" but now squarely back in regime hands.

He would spend his days snapping photos of children playing in rubble, rebels standing guard, wounded being rushed to dismally equipped field hospitals and cats wandering through ancient architectural gems reduced to ruins.

By night, Yazan would sign into Skype to speak to journalists covering Syria, shedding light on the destruction of Homs and on military developments on the frontlines.

After surviving daily bombardment and eating little more than weeds for months, he has spent the past year in the quiet comfort of his uncle's idyllic home in Saint Etienne, central France.

Although he lives in a different world, Yazan says the conflict, and its root cause, remain with him.

He spends his nights poring over activists' Facebook pages, following minute-by-minute developments on the ground.

"In Syria my body was besieged. Here, I am besieged in my head," says the 30-year-old.

He admits he can't move on while his father and brother remain among the estimated 200,000 people held in the regime's hellish jails.

"Here I can eat, I can sleep in safety. But however hard I try, I can't imagine the future," Yazan says.

"My whole life is on hold until the regime falls."

Ahmad al-Rifai, a 24-year-old who spent months taking photos in opposition strongholds across northern Syria, is also in Germany -- where more than one million asylum requests were registered last year.

He blames the Syrian government but also the international community for the transformation of the revolt into a war that has killed 270,000 people.

"In the good old days, the people would decide when and where to protest, or when to go on strike," Rifai says.

"Now, the Syrian people have no decision-making power at all. Syria has become a playing field for major powers like Russia, the United States and Iran."

Despite the pain of watching his ravaged country from afar, Rifai tries to stay hopeful.

He has learned to speak German since arriving in Aachen city in 2014, and he serves as a translator between newly arrived refugees and Red Cross volunteers.

In April, he will start an internship with a digital media company. He hopes one day to return to Syria, to help rebuild.

Idiots, did your lives get any better?
Only thousands of dead.