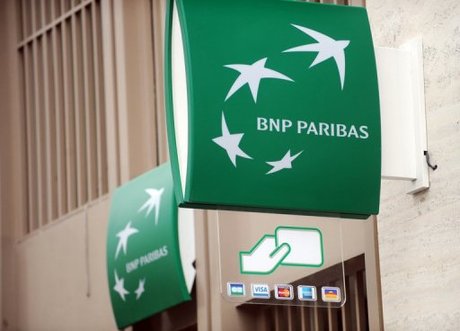 Reeling from their exposure to the Eurozone debt crisis and needing to bolster their capital base, European banks are slashing their government bond holdings but risk making matters worse.

Top banks announced recently they are cutting their portfolios of bonds issued by such weak Eurozone members as Italy, Spain, Greece, Ireland and Portugal, aiming to minimize the risk to profit and to their capital.

The debt crisis savaged earnings too, with net income down 71.6 percent from a year earlier to 541 million euros ($746 million) in the third quarter.

BNP said it had had to make a provision of 2.25 billion euros to cover a 60 percent write-down on its holding of Greek bonds and if that was excluded, net income would have been 1.95 billion euros, up 2.4 percent.

Many others such as Barclays and HSBC of Britain, and Germany's Commerzbank have adopted the same policy, citing common prudence and the need to increase their capital as new tougher regulations come into force.

The banks warn that the tighter rules will hit earnings since more capital will be tied up in reserve, while their reluctance to hold all but the safest bonds will make it more difficult for weak borrowers to raise fresh finance.

Combined, the two developments threaten to undercut efforts to stabilize the Eurozone’s massive debt problems and ensure the banks do their job at the same time -- lend money to boost business activity.

BNP chief executive Baudouin Prot said his bank had no option but to reduce the value of its bond holdings under new rules that they should be set against their actual market price, not what they had been bought for.

"Bearing that in mind, it is our responsibility to limit the impact of this volatility" on the bank, Prot said, adding that BNP would raise its core capital ratio to 9.1 percent of overall assets by mid-2012, above the 9.0 percent required.

"As the banks get rid of their government bond holdings, the value of these holdings will fall even further," noted Charles Dallara, head of the banks' lobby group, the Institute of International Finance.

"If we have to look at government bonds, we will necessarily be much more selective," said Nicolas Duhamel, finance director at French group BPCE.

British bank Barclays was more fortunate than its French peers, announcing a sharp increase in its three months to September earnings and a cut of a third in its Italy, Spain, Greece, Ireland and Portugal bond holdings to £8.0 billion (9.2 billion euros, $12.6 billion).

"Eurozone country exposures continue to be managed closely and valued appropriately," Barclays said, benefiting from its other business segments.

Meanwhile Commerzbank, Germany's second-biggest bank, was obliged to cut its profit target for next year after a write-down of 798 million euros on its Greek bond holdings pushed it deep into the red in the third quarter.

Commerzbank, one of German banks most heavily exposed to Greek debt, also announced it was looking at all options meet the new capital requirements, setting out a radical list of immediate actions.

Analysts note that some banks have been reluctant to cut holdings of bonds issued by their home governments, citing Italy's Intesa Sanpaolo or Monte de Paschi di Siena.

The cost, however, of such a course can be very high.

On Monday, Italy's top bank UniCredit reported a massive third quarter loss of 10.64 billion euros and said it needed to raise 7.5 billion euros in fresh capital while slashing 5,000 jobs by 2015, all this just as a new government takes shape in Rome with the express aim of saving the country from collapse.

UniCredit blamed the losses on 10.17 billion euros in write-downs "due to the negative impact of the new macroeconomic and regulatory scenario."