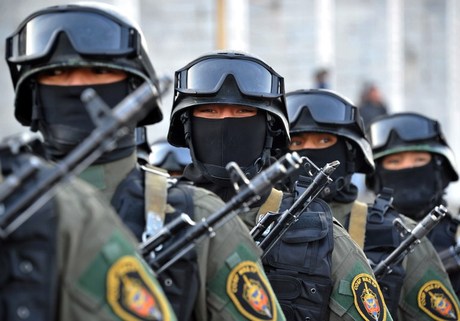 Security services in Kyrgyzstan said Thursday they have arrested two members of the opposition on charges of plotting to overthrow the government.

Former politicians Bektur Asanov and Kubanychbek Kadyrov were detained on suspicion of "implementing a conspiracy to seize power by violent means", the Central Asian country's GKNB security service said in a statement.

It said the basis for the arrests is an audio recording that shows the pair "intended to seize power and overthrow" Kyrgyzstan's pro-Russian President Almazbek Atambayev.

"For these aims they prepared finances, people and the necessary number of vehicles".

Asanov, a former governor, and Kadyrov, a former lawmaker, could face a maximum of 12 years in jail if convicted of the charges.

The pair are part of a loose opposition coalition that has called for a change in government in the impoverished ex-Soviet country.

The opposition had planned to host a large anti-government rally this week but canceled it amid a tense border standoff involving the republic and neighboring Uzbekistan.

Kyrgyzstan, which hosts a Russian military base and also hosted an American base used in the Afghan conflict until 2014, saw two successive presidents overthrown by revolutions in 2005 and 2010.