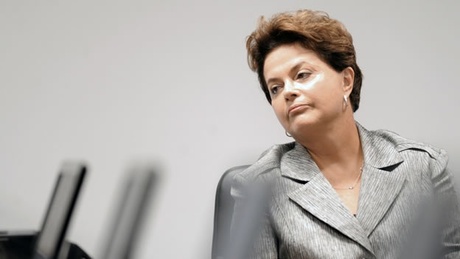 Allies of embattled Brazilian President Dilma Rousseff horse-traded in Congress on Wednesday in a frantic bid to find enough votes to ride out an impeachment drive after her main coalition partner quit the government.

A months-long crisis reducing Latin America's biggest country to political paralysis ahead of the Rio Olympics peaked Tuesday when the centrist PMDB broke its alliance with the leftist Rousseff's Workers' Party.

The decision left Rousseff isolated as she tries to survive impeachment in Congress against a background of punishing recession and a corruption scandal at state oil company Petrobras that has snared a cross-section of the country's elite.

A new poll Wednesday from Ibope showed approval for Rousseff's government remains at around record lows of 10 percent, while her personal approval rating was 14 percent.

Rousseff faces impeachment over allegedly illegal budgetary manipulations to cover the extent of Brazil's recession during her re-election campaign in 2014.

The potentially lengthy process is already underway in a preliminary commission and the lower house of Congress could vote as early as mid-April on whether to send the case to the Senate for full trial.

To survive, Rousseff needs 172 of the 513 votes in the lower house, or one-third of the deputies. Until only recently that seemed doable, despite her massive unpopularity and the intense hostility of opponents in the increasingly divided country.

With the PMDB's exit, the math gets far dicier, analysts say.

Loyalists put a brave face on Tuesday's debacle, with Chief of Staff Jaques Wagner calling it an opportunity to "renew" the government.

Put another way, the government now has seven ministries and some 580 other posts to hand out and is ready to horse-trade for support.

Rousseff hopes her main weapon will be her predecessor in the presidency, the charismatic and authoritative Luiz Inacio Lula da Silva -- a renowned wheeler and dealer.

However, after being accused in the Petrobras corruption scandal, he has also become a focal point for opposition attacks, making it questionable whether he helps or hinders Rousseff more.

The strategy will be to look beyond the PMDB to the multitude of smaller parties in the fractious Congress and even to individual deputies, regardless of their affiliation.

A Rousseff aide told O Globo newspaper Wednesday that even with its heavy presence in the cabinet, the PMDB would only have delivered 25 to 30 votes against impeachment.

Now the aim is to entice new allies to come up with 80 anti-impeachment votes, the aide said. That, added to the 100 votes the government believes it has already guaranteed, would hit the magic one-third.

A parallel strategy, analysts say, is to persuade deputies to abstain, making it impossible for the opposition to get the necessary 342 votes.

"They're all on their computers counting votes, trading votes for jobs and ministries," Mohallem said.

A cross-party commission is hearing arguments and is expected to make its recommendation on impeachment on about April 12. Rousseff's defense is already expected to wind up on Monday.

The lower house would then debate and could vote between April 14-16, according to a preliminary estimate of the timetable.

If deputies do send the case onto the Senate, then a process possibly taking months begins. A two-thirds vote would again be needed to depose Rousseff.

While Congress fights, ordinary Brazilians are becoming increasingly angry over the dismal economy and the constant drip feed of corruption revelations.

Demonstrations both against and in favor of Rousseff and Lula are multiplying, with Workers' Party activists planning to hold rallies in major cities Thursday.

On Wednesday, Rousseff supporters rallied in Brasilia, where the president was opening a new phase of the government's social housing program known as My House, My Life.

Rousseff canceled a trip to Washington for a nuclear safety summit on Thursday and Friday, the state news agency said. A government spokesman said that in "the current political context," it was not advisable.