Blast ahead of Serbian PM Visit in Kosovo 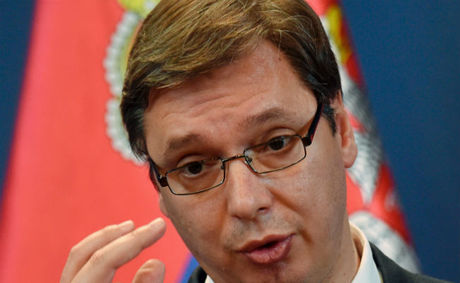 An explosive device was thrown and automatic weapons were fired at a sports hall in northern Kosovo on Sunday some 12 hours before Serbian Prime Minister Aleksandar Vucic was due to visit, Serbian media reported, adding that there were no casualties.

The blast occurred outside a hall at Zubin Potok at around 3:00 a.m. (0100 GMT) as workers were setting up a stage where Vucic was to make a speech, the state-run news agency Tanjug reported.

A vehicle parked nearby was damaged and some hall windows were broken but there were no casualties, it said.

The region, which lies in northern Kosovo near the border with Serbia, is populated mostly by ethnic Serbs, whose relations with the ethnic Albanian majority are tense.

The Serbian prime minister, who faces early parliamentary elections on April 24, arrived in the region on Sunday for a visit to a mine and for the speech later at Zubin Potok.

Marko Djuric, the head of the Serbian government office for Kosovo, told regional N1 television from Kosovo that there were no immediate plans to change Vucic's schedule following the blast.

But "the final decision (on whether Vucic would make the speech) will be determined in agreement with security forces," Djuric said.

Djuric did not elaborate as to the possible perpetrators of the attack.

Kosovo, a former southern province of Serbia that is populated mostly by ethnic Albanians, declared independence in 2008, although Serbia does not recognize its sovereignty. Vucic visits northern Kosovo several times a year.

The authorities in Pristina, Kosovo's capital, did not comment the reported incident.