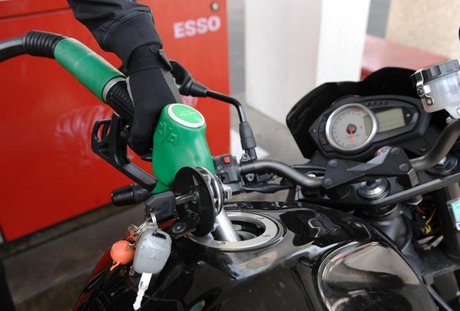 World oil prices rose on Friday ahead of the weekend, but gains were capped by intensifying concern over the impact of the Eurozone debt crisis on global energy demand.

Despite the slender gains, prices have lost considerable ground over the course of the week, as a result of the worsening Eurozone debt drama.

"Should Europe slid into a deep recession because of the debt crisis, this would have negative consequences for oil demand," said Commerzbank analyst Carsten Fritsch in a research note to clients.

Most financial markets have fallen sharply this week as Italy, Spain and France faced a sharp spike in borrowing costs, in a dangerous new phase as the debt crisis showed new signs of spreading.

The yield on Italy's 10-year government bonds topped the 7.0 percent level considered unsustainable for the government to service its huge debts, while Spanish bond yields have also approached the crucial level.

"Further escalation of the debt crisis in Europe has led to a sharp rise in risk aversion and put pressure on commodity prices across the board," added Fritsch.

Spain's treasury had to pay 6.975 percent when it raised 3.6 billion Euros ($4.8 billion) in a sale of 10-year bonds Thursday, the highest interest rate since the creation of the single currency, according to Dow Jones Newswires.

The rate is a whisker from the 7.0 percent level considered too high for governments to service their debts.

"I think it's kind of a fear that Spain will be the next country that's going to stir up the situation," said Ker Chung Yang, commodity analyst for Phillip Futures in Singapore.