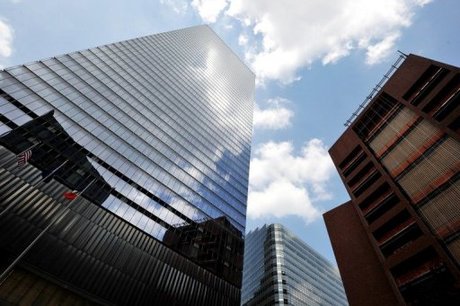 France is fighting desperately to retain its 'triple 'A credit status and has slashed spending and tightened up on tax revenues in an effort to stabilize its strained public finances but the markets are not convinced.

"Elevated borrowing costs persisting for an extended period would amplify the fiscal challenges the French government faces amid a deteriorating growth outlook, with negative credit implications," it said in a website statement.

Even though the spread between German and French borrowing costs has since narrowed slightly, France still pays "nearly twice as much as Germany for long-term funding.

"With the government's forecast for real (gross domestic product) growth of a mere 1.0 percent in 2012, a higher interest burden will make achieving targeted fiscal deficit reduction more difficult," it said.

"The French social model cannot be financed if the French economy's potential is not preserved," it said, adding that managing the Eurozone debt crisis only makes the government's task harder.

The crisis "will influence the value and credit quality of sovereign assets on French banks' balance sheets and affect their funding costs and capacity to lend and bolster the economy," it said.

At the same time, Moody's said that despite the deterioration in the debt profile and the potential for increased costs, the rating level itself appeared safe for the moment.

The problems facing France were highlighted again on Monday as the financial markets faced fresh turmoil, finding no support in a right-wing government winning power in Spain and fearful that efforts to reach a bipartisan deal to tame the massive US debt were about to fail.

It the Washington talks do fail, as most feel is now likely, then the U.S. debt problems would take centre stage, compounding the Eurozone crisis.

Analysts in Paris said Moody's warning was hardly surprising, highlighting the difficult situation France and the Eurozone faces as the crisis saps confidence and encourages investors to seek out safety at all costs.

"The markets are going even further and wonder now when France is going to lose its triple A -- before or after the (May 2012 presidential elections," Geronomi added.

President Nicolas Sarkozy, lagging in the opinion polls, says he will do everything possible to ensure France keeps its top rating.

The stakes could not be higher.

"France is caught up in the contagion spiral," said Frederik Ducrozet, bond strategist at Credit Agricole.

"The government can announce all the austerity measures it likes but the country is trapped now in a vicious circle," he said.

Edward Hugh, an independent economist based in Spain's Catalonia, warned that until Germany, Europe's paymaster and largest economy, puts up the money to back weaker Eurozone states, "this is not going to stop."

Paris faces a real problem, Hugh said. "The French banking system has 400 billion Euro's exposure to both public sector and private sector debt in Italy ... so if anything happens to Italy, France has gone."

Germany meanwhile insisted again on Monday that it was up to Eurozone governments to put their financial house in order first before any pooling of debt in "Eurobonds" could even be considered.

Berlin "sees the danger that such Eurobonds could prevent us from attacking the problem at its roots," Chancellor Angela Merkel's spokesman said.

"None of the measures that are being discussed at the moment in public, which includes Eurobonds, would bring a solution if they were immediately introduced."