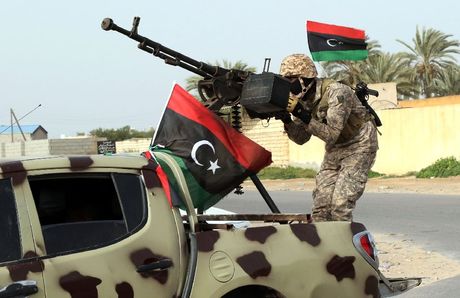 The African Union on Wednesday threw its weight behind Italian and U.S.-led moves to stabilize Libya that include arming a national unity government to fight Islamic State militants.

Western powers are also keen to see Prime Minister Fayez al-Sarraj's fledgling administration establish its authority over the whole country so it can actively contribute to efforts to stem the flow of mostly African migrants using Libya as a launchpad to get to Europe.

The two issues were at the center of an Italy-Africa summit in Rome on Thursday and Chad, which currently holds the AU's rotating presidency, welcomed this week's acceleration of international action on Libya.

"The situation in Libya deserves to have our full attention," Foreign Minister Moussa Faki Mahamat told ministers from Italy and more than 40 African states.

"This country is on its way to become a haven for terrorism. We invite all parties to work for peace and national reconciliation and welcome the formation of the Government of National Accord."

The minister also praised the "courageous decisions" taken earlier this week in Vienna, where a 25-nation coalition assembled by the U.S. and Italy agreed to exempt the GNA from a U.N. arms embargo on Libya.

The embargo was imposed to stem fighting in a country that has been rife with conflict since the 2011 uprising which led to the overthrow and killing of Moammar Gadhafi.

Italian Foreign Minister Paolo Gentiloni said there had been "many favorable voices" for the plan, which Rome wants launched at a summit of European Union leaders in Brussels next month.

Under the plan the EU would offer African countries increased aid and support in return for them improving their border controls and cooperating on the repatriation of so-called economic migrants.