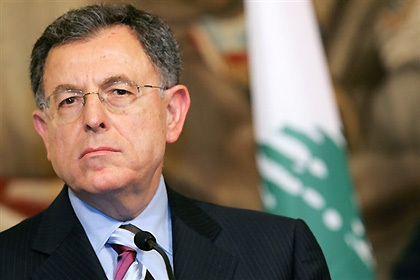 Al-Mustaqbal parliamentary bloc leader MP Fouad Saniora stressed on Thursday that the bloc has not taken a specific stance with regard to Speaker Nabih Berri's suggestion on the parliamentary elections and that the issue requires further discussions, al-Mustaqbal daily reported.

“The bloc has not taken a positive or a negative position regarding Berri's initiative,” Saniora told the daily.

He made it clear in his comments that during the national dialogue session held at Ain el-Tineh on Wednesday, he only “highlighted the dangers entailed should the parliamentary elections be held before the presidential ones.”

Berri proposed before the national dialogue participants a package deal aimed at ending the political deadlock in Lebanon.

The deal calls for shortening the term of the current parliament and staging the parliamentary polls and later the presidential ones. The package deal also calls for electing a new parliament speaker and bureau and forming a national unity government.

Media reports said that the Mustaqbal bloc has repeatedly rejected the idea of holding the parliamentary polls before the presidential ones, explaining that once a new parliament is elected cabinet would automatically resign.

Given the absence of a president, a new government will not be able to be formed and therefore Lebanon will be plunged in further vacuum, reasoned the bloc.

“The initiative in itself requires discussions and debate within the Movement and the bloc before determining the final position,” remarked Saniora.