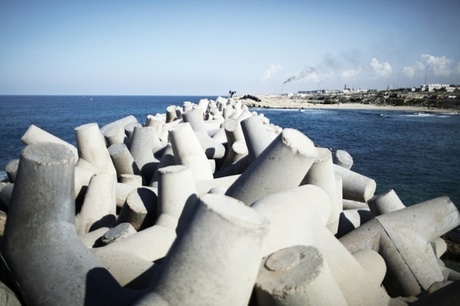 Libyan coastguards said they detained 550 people trying to reach Europe illegally by boat on Tuesday, the second time in three days they have intercepted migrants in the same area.

Those detained were from "several African countries" and included three children and 30 women, eight of whom are pregnant, he told AFP.

"The migrants have been handed over to the relevant authorities to be taken to detention centers," Qassem said.

On Sunday, Qassem told AFP that coastguards had intercepted seven vessels carrying around 850 migrants, again off Zawiya which is some 45 kilometers (30 miles) west of the capital Tripoli.

The chaos in the North African country since Moammar Gadhafi's overthrow in 2011 has been exploited by people traffickers, with thousands of migrants trying to reach Europe from Libya just 300 kilometers (190 miles) from Italy.

The onset of better weather conditions has raised fears of huge numbers of people attempting the still perilous sea crossing.

So far this year more that 34,000 people have been brought to the Italian coast after being rescued off Libya, according to the U.N. refugee agency.

A May 13 British parliamentary report said the EU's naval mission to combat people trafficking off Libya was "failing" and succeeded only in forcing people smugglers to change tactics.

It said Operation Sophia "does not in any meaningful way deter the flow of migrants, disrupt the smugglers' networks or impede the business of people smuggling on the central Mediterranean route".

On Monday, EU foreign ministers gave the green light to expand Operation Sophia's mandate to include training for the Libyan coastguard service.