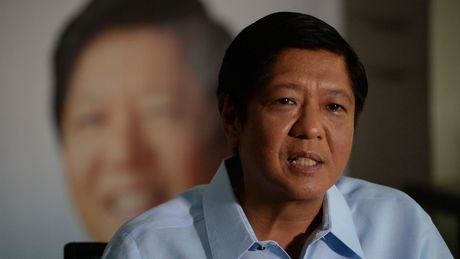 The son and namesake of the late Philippine dictator Ferdinand Marcos has narrowly lost the election for vice president, according to an official count that was only completed Friday, almost three weeks after polls closed.

The result dealt a blow to the political aspirations of the family, which had targeted the position for Ferdinand "Bongbong" Marcos Jnr as a potential stepping stone to recapturing his late father's presidential post.

Anti-crime firebrand Rodrigo Duterte won the separate May 9 contest for president by landslide, but the closely fought vice presidential race went down the wire, with Marcos losing by around 263,000 votes to political neophyte Leni Robredo.

"The elections have been very divisive and we need to rebuild as a nation. He (Duterte) needs everyone's help in rebuilding our country," Robredo said over GMA television as the country's Congress completed the tallying of election returns.

Marcos, 58, did not immediately return telephone calls made by AFP on Friday.

But his lawyer George Garcia told AFP his client was considering filing an appeal, alleging 3.9 million votes for Marcos were not reflected in the official count.

"We suspect that these votes were credited to other candidates.... We believe these votes belong to Bongbong Marcos," Garcia added.

President and vice president of the Philippines are both directly elected positions.

A win for the younger Marcos would have been the family's biggest political victory since its humiliating downfall in 1986 after a "People Power" uprising ended 20 years of the family's rule.

The Marcos family fled to US exile 30 years ago after the revolution ended the dictator's one-man rule, in which thousands of critics were thrown in prison and $10 billion was allegedly plundered from state coffers.

The patriarch died in exile in Hawaii in 1989, but no member of the Marcos family has been convicted.

The Marcoses have since made a surprising political comeback, rebuilding their base in the dictator's northern bailiwick of Ilocos Norte province.

The dictator's widow, Imelda Marcos, this month swept to a third term in the House of Representatives representing Ilocos Norte.

Her daughter, Imee Marcos, was also elected as provincial governor there for the third time.

Marcos Jnr was elected to the Senate in 2010 and his term runs out on June 30.

Robredo, 52, was thrust into politics after the 2012 plane crash death of her husband, the interior minister of incumbent President Benigno Aquino.

She served a three-year term in the House of Representatives before running for vice president under Aquino's party.

She and Duterte are to serve single six-year terms from June 30.