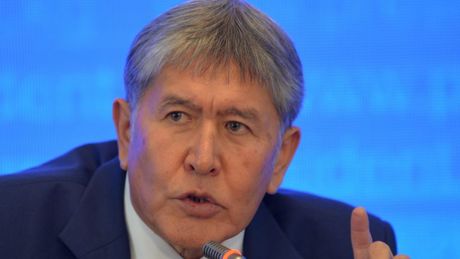 Kyrgyzstan's President Almazbek Atambayev on Monday dismissed the police chief of the Central Asian country after the arrests of politicians suspected of plotting a coup.

The parliament of the unstable ex-Soviet country has yet to confirm Dzhunushaliyev's appointment. His predecessor had served in the post since October 2014.

The high-level dismissal followed the arrests of at least six politicians in the last three months who have been charged with plotting a coup.

The authorities cracked down on the opposition politicians as they were planning to hold anti-government protests in the impoverished country.

Another politician linked to the opposition was arrested this month for allegedly voicing public support for the jihadist Islamic State group while the son of a former premier was sentenced to 12 years for espionage.

Kyrgyzstan is generally viewed as a close ally of Moscow, and joined the Kremlin-led Eurasian Economic Union last year.

The country of six million has overthrown two governments since it gained independence in 1991 while a bout of inter-ethnic violence in 2010 claimed hundreds of lives.

Ex-Soviet Central Asia as a whole is struggling with an economic crisis linked to Russia's downturn due to Western sanctions and falling oil prices. This has proved a stern test for governments in a region known for authoritarianism and corruption.