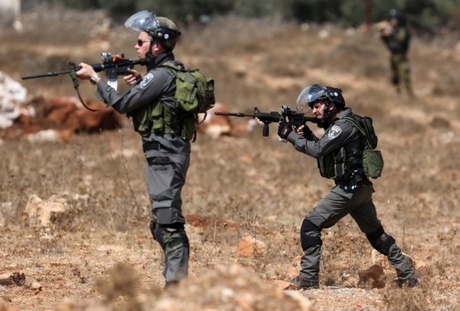 The Israeli army denied on Tuesday that a second Palestinian killed in March was shot dead while already wounded, after claims by a human rights group.

A previous such case has led to widespread controversy and rocked Israeli politics, with the far right defending the soldier involved and the military putting him on trial for manslaughter.

In that case, Abdul Fatah al-Sharif, 21, was shot in the head by an Israeli soldier in the flashpoint West Bank city of Hebron on March 24 while already wounded and apparently incapacitated.

Israeli authorities say he and another Palestinian had minutes earlier stabbed and moderately wounded a soldier. The second Palestinian was also shot dead.

The B'Tselem human rights group, which released the original video showing Azaria shooting Sharif, on Monday alleged that the second man, too, had been shot dead while no longer posing a threat.

"Prior to the killing incident in Hebron for which the Israeli soldier Elor Azaria is facing charges, Ramzi al-Qasrawi was also executed," it said in a statement, citing two named witnesses but without providing any video evidence.

The army flatly denied the allegations, saying they were "not consistent with the findings of the operational investigation."

B'Tselem called on the military to release any video footage it may have of the incident.

The group recently announced it would no longer provide evidence to the military complaints division, accusing it of failing to investigate alleged crimes.