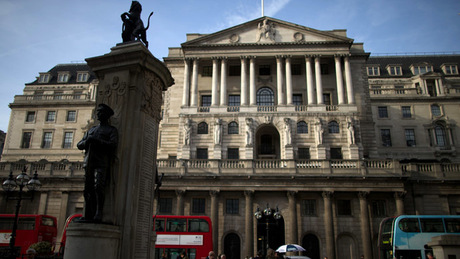 Harrods, the Savoy, the Shard -- London property has long been a magnet for Gulf investors and Britain's vote to leave the European Union is unlikely to dampen their interest, analysts say.

In fact, the Brexit vote could even see a surge in activity as wealthy Gulf buyers look to take advantage of the dramatic fall in the value of the pound.

Attracted to London property as both a sure-fire investment and for the cachet of ownership, Gulf investors have invested billions of their oil windfalls into British real estate.

Monica Malik, chief economist at Abu Dhabi Commercial bank, said that with so much invested it would take more than the Brexit vote to shake Gulf confidence in the London property market.

"In the near term, there will be a sentiment of cautiousness but we do not expect a marked sell-off," she said.

"A knee-jerk reaction or panic is unlikely," she said.

"Property in the UK is very attractive and has been a well-performing asset class. The underlying foreign demand is expected to remain strong once the uncertainties subside."

A part of London has been dubbed the "Qatar Quarter" because so much property has been bought by the country's investors. The London-based Rokstone estate agent estimated earlier this year that Qataris now own property worth more than one billion pounds in London's poshest area, Mayfair.

"Qatar is one of the most high-profile investors in London, snapping up landmarks," said M.R. Raghu, head of research at the Kuwait Financial Center (MARKAZ).

The royal families of the United Arab Emirates are also known to hold prestigious assets in the British capital.

"Investors from the UAE accounted for more than 20 percent of buy-to-let property sales in the UK in 2015," Raghu said.

Ownership levels are so high, Raghu warned, that a crash in British real estate would have a "huge impact" on Gulf investors.

But for now analysts expect to see even more buying of London property from investors in the six-nation Gulf Cooperation Council, where currencies are mostly pegged to the U.S. dollar.

"The fall in the value of sterling could make the UK an even more attractive place for GCC nationals to invest in London property," said Gulf expert Neil Partrick.

The Brexit vote "has weakened the pound and it will make property cheaper for investors" from countries where currencies are tied to the dollar, said Dana Salbak, an associate partner at the Knight Frank property consultancy.

"What we are seeing now, and we expect to see over the next couple of months, is that this activity (buying property) will pick up and they will start securing their purchases," she said.

For Damian Wild, editor of weekly British property magazine Estates Gazette, "the medium-term story remains strong" because with the weakened pound "there is certainly a currency play to be had."

Qatar, for example, is "heavily invested in London for the long-term and, short-term matters aside, there's no reason why that shouldn't continue," he said.

And while Gulf investors have bought significant property assets elsewhere -- especially the Qataris in Paris -- Partrick said London would continue to hold a special place.

There is a "historical and linguistic familiarity" with Britain in the Gulf, where most GCC countries are former British protectorates, English is the de facto second language and sizable communities of British expatriates live and work.