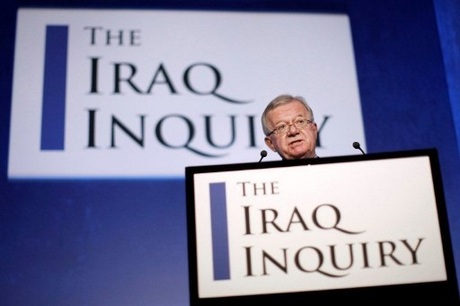 Seven years after it began, the official inquiry into Britain's role in the Iraq war finally reports on Wednesday with former prime minister Tony Blair expected to face severe criticism.

The Chilcot inquiry launched in 2009 as British troops withdrew from Iraq, tasked with investigating the run-up to the 2003 US-led invasion and the subsequent occupation.

Tens of thousands of Iraqis died during the conflict and the brutal sectarian war that followed, while 179 British soldiers also lost their lives -- many of whose relatives are still searching for answers.

The invasion was controversial at the time as it did not have explicit approval from the UN Security Council, while claims that Iraqi leader Saddam Hussein had weapons of mass destruction proved unfounded.

Although he stepped down in 2007, Blair remains reviled by much of Britain for the conflict, which is viewed as at best misguided, and as worst a war crime.

A 2004 official report into the intelligence case found he exaggerated the evidence when he presented it to MPs, although author Robin Butler said Monday that Blair "really believed" what he was doing was right.

The Chilcot inquiry was not asked to rule on the legality of the invasion, but leaks suggest Blair will be heavily criticized over the decision-making process.

His critics are already lining up against him, with former Scottish first minister Alex Salmond gathering cross-party support for an impeachment or possible legal challenge.

Impeachment is a law that was last used in 1806 and is considered obsolete, but could be revived to put a symbolic mark on Blair's reputation in the history books.

Salmond told Sky News on Sunday that "there has to be a judicial or political reckoning."

Blair declined to comment before the report, but has previously expressed regret for the lives lost. However, he said he did not regret removing Saddam Hussein.

The final report by career diplomat John Chilcot runs to 2.6 million words -- more than four times the length of Tolstoy's "War and Peace" -- and cost over £10 million (11.9 million euros, $13.3 million) to produce.

More than 120 witnesses gave evidence during months of public hearings, including Blair, his successor Gordon Brown, spy and military chiefs and ministers.

The inquiry was meant to take a year but took seven, longer than the war itself, and during which period one member of the five-strong panel died.

The report was delayed by wrangling over what could be published, including correspondence between Blair and the US president George W. Bush, as well as the need to give key figures prior warning.

The inquiry was called under pressure from bereaved relatives, many of them angry at the poor equipment given to British troops.

Notable among these were the lightly-armored Snatch Land Rover vehicles, which were nicknamed "coffins on wheels" for their lack of protection against roadside bombs.

Lawyers representing relatives of 29 British troops that died said they would scrutinize the report for evidence of neglect of duty or misconduct in public office.

This could form the basis of legal action against Blair, his ministers or the government in general, a spokesman for McCue and Partners solicitors told AFP.

The International Criminal Court, which was petitioned at the time to examine possible evidence of war crimes, said Monday it will consider the report as part of its preliminary examination to determine whether there is a reasonable basis to open an investigation.

However, the legality of the war is outside its jurisdiction.

The war, which at one point saw 46,000 British troops deployed, mostly in southern Iraq around the strategic oil hub of Basra, still looms large over British politics.

It has led to deep reluctance to commit ground troops elsewhere, notably in Libya and Syria, and is currently fueling divisions in Blair's Labor party, now in opposition and led by veteran socialist Jeremy Corbyn.

Corbyn is battling a rebellion by his MPs over his perceived lack of leadership in last month's EU referendum campaign. He strongly opposed the war, while many of his critics backed it.

Michael Mansfield, a campaigning lawyer who tried to persuade the ICC to investigate war crimes in Iraq at the time, said the public disenchantment over the conflict could be felt in the victorious campaign to leave the EU.

"I think people are fed up. They don't want to listen to what politicians have to say. And I think Blair is partly responsible for that," he told AFP.