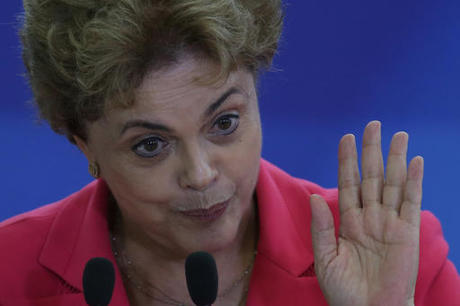 Brazil's Supreme Court chief justice has rejected a request from suspended president Dilma Rousseff to annul the session at which senators voted to open an impeachment trial against her.

Rousseff's lawyers had argued that some of the procedures used at the session, held August 10, violated her rights.

Chief Justice of the Supreme Court Ricardo Lewandowski, who will preside over the trial, said Tuesday that neither he nor the Supreme Court could rule on the matter, as it was a decision made in Congress, according to a statement by the court.

Even if the court were to weigh in, he said, in his opinion the procedures used at the session "did not harm the accused."

Rousseff's defense team has already filed several appeals to stop the process, which have all been rejected.

Rousseff was suspended from office in May over accusations that she fiddled with state accounts to make the numbers look better in an election year.

Senators will vote on whether to remove her from office for good after an impeachment trial starting Thursday.

Rousseff has been allotted time to testify at the trial, during which she will try to convince senators she is innocent and the victim of a "coup" by her opponents.

Senators are expected to remove her from office for good, with polls indicating she does not have the votes needed to return to the presidency.

If Rousseff is removed from office, her former vice president Michel Temer will be president until the next elections in 2018.