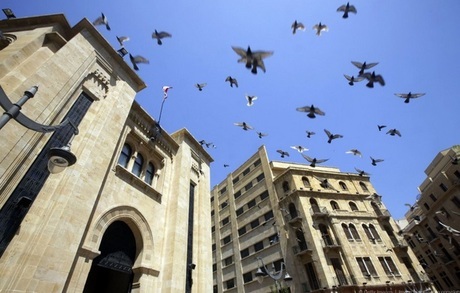 A “coordination and supervision commission” will be tasked with helping authorities and municipalities prepare for the decentralization of the waste management process, the Finance and Budget Parliamentary Committee said on Wednesday.

“We have agreed to form a coordination and supervision commission to pave the way for decentralization,” MP Ibrahim Kanaan said after the parliamentary committee's meeting, which was held in the presence of a number of municipal chiefs from the Metn and Keserwan areas.

“We agreed that there would be a transitional period that does not exceed one year due to the municipalities' unreadiness to immediately start treating waste under a decentralized plan,” Kanaan added.

“If decentralization is the solution, it is required to provide the necessary assets, and the final plan should begin today through the formation of a coordination and supervision commission that would work with authorities and municipalities on ways to develop the decentralization process,” the lawmaker explained.

As for the piles of garbage that have started accumulating on the streets, Kanaan said they would be removed “once we agree on the implementation framework.”

“The dispute was over the approach towards the seafront site and there are ideas that are being proposed to reach a decision,” Kanaan added, noting that “there will be follow-up with the relevant parties in the coming hours in a bid to find a solution.”

“There is no possibility to use the (Bourj Hammoud) storage site at the moment and we want to reconcile between the concerns of the Tashnag Party and the developments that we might face on the ground,” the MP said, noting that “it is possible to seek cooperation with private firms to assist the Karantina plant” in the waste sorting process.

As for the walkout of Tashnag's representative from the meeting, Kanaan reassured that “what happened with the Tashnag Party can be discussed and no one will be excluded from the solution.”

“All parties must do a step forward so that we can overcome the current situation,” the MP added.

During the meeting, the municipal unions agreed unanimously that they still need one year before being capable of playing a role in waste management, according to LBCI television.

MP Hagop Pakradonian of the Tashnag Party left the meeting before it ended, rejecting in a statement the establishment of a landfill or a storage location in Bourj Hammoud.

“Let each region carry its own burden of trash. When the government decision is implemented in details, then we would shoulder our own responsibility,” said Pakradonian.

Before the meeting, Jounieh municipal chief Juan Hbeish said upon his arrival at the parliament: “We are capable of tolerating the burden.”

For his part, Pakradonian stated that the “Bourj Hammoud landfill will not open unless we receive guarantees on a complete implementation of the government plan,” as he assured that his party's stance is not coordinated with the Kataeb Party.

“Either everyone agrees to the government's plan or no solutions will be reached – neither today nor next week,” he added.

Elias Bou Saab, the Education Minister, said: “The trash crisis will only be solved through a decentralization plan.”