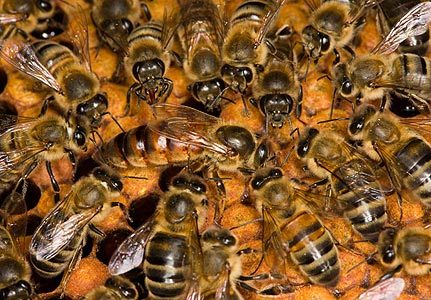 Beekeeper Juanita Stanley woke up stunned Monday morning when she realized the familiar buzz at her South Carolina apiary had gone silent.

In an effort to control the spread of the mosquito-borne Zika virus, authorities over the weekend doused parts of the southeastern state with the controversial pesticide Naled -- a dose that proved fatal to millions of bees.

"Our family business has been destroyed by the aerial spray," Stanley said on the Facebook page of her Summerville, SC apiary, Flowertown Bee Farm and Supplies. "Help us share the story, don't let our honey girls die in vain."

Along with her plea Stanley posted photos showing the clumps of dead bees and her team burning the boxes that had housed the hives.

According to the local channel WCSC, the apiary lost 46 hives and 2.5 million bees.

Dorchester County, which manages much of the town of Summerville, ordered the August 28 aerial spraying after detecting four confirmed Zika cases in the area.

"Dorchester County is aware that some beekeepers in the area that was sprayed on Sunday lost their beehives," said County Administrator Jason Ward in a statement, urging affected beekeepers to report their losses.

The controversial pesticide Naled has been used in the United States since 1959 as a common tool for mosquito control, despite concerns about its risks for human and environmental health.

The European Union prohibited its use in 2012, but the U.S. Environmental Protection Agency (EPA) assures it is safe if sprayed sparingly.

Ward said Dorchester County does not have any aerial spraying flights planned at this time, but emphasized that "aerial spraying is being utilized to supplement our mosquito ground spray trucks and larvae control programs in targeted areas."

"Dorchester County is concerned about the safety of its citizens," he said. "This includes protecting citizens from insect bites from pests such as mosquitoes that carry viruses including West Nile and Zika."

According to the U.S. Centers for Disease and Control Prevention (CDC) the country has registered more than 2,600 cases of Zika, most related to travel abroad.

Zika is primarily spread by the bite of an Aedes aegypti mosquito.

The virus is linked to the birth defect microcephaly, which causes newborns' heads to be abnormally small, and rare adult-onset neurological problems like Guillain-Barre Syndrome (GBS), which can result in paralysis and even death.