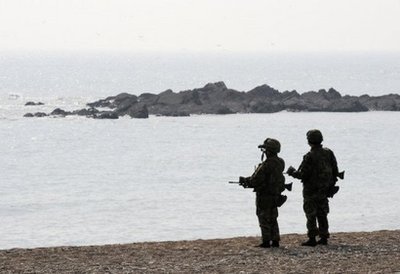 A North Korean soldier walked across one of world's most heavily fortified borders on Thursday and defected to the South, military authorities said.

The man crossed the military demarcation line around 01:00 GMT on the central-eastern part of the border, Seoul's Joint Chiefs of Staff (JCS) said.

There was no exchange of fire during the defection.

"He is now being held in custody for questioning", the JCS added.

It is rare for North Korean defectors to walk across the mine-riddled border, which is guarded by tens of thousands of soldiers on both sides.

The last time in happened was June last year when a teenage North Korean soldier surrendered himself to South Korean border guards at Hwacheon, north-east of Seoul.

Hundreds of North Koreans flee their isolated and impoverished homeland each year.

Most cross the porous frontier with China first before travelling through a south-east Asian nation and eventually arriving in South Korea.

In 2012, a North Korean soldier walked unchecked through rows of electrified fencing and surveillance cameras, prompting Seoul to sack three field commanders for a security lapse.