Want to Own Part of The Empire State Building? 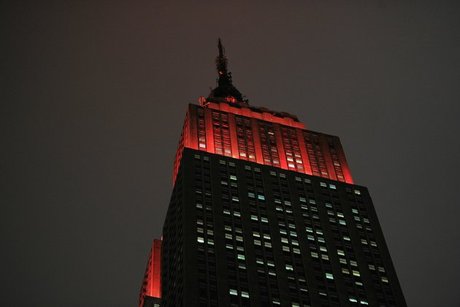 Investors worldwide could soon be able to own a piece of New York City's most famous landmark, the legendary Empire State Building.

According to documents made public Tuesday, the owners of the 80-year-old skyscraper, which reigned as the world's tallest for more than four decades, are planning to list it on the stock market together with other properties.

The Malkin family that owns the tower filed documents with the Securities and Exchange Commission indicating it was putting the property into a new company, known as a real estate investment trust, or REIT, that would be taken public.

The documents suggested a full step toward an initial public offering could come in about three months. Citing an unnamed source, the New York Times reported that Goldman Sachs is likely to be the lead underwriter.

At 381 meters (1,250 feet) and 102 floors, the art deco-style building is one of New York City's most popular tourist destinations, enjoying its second reign as the city's tallest building since the destruction of the higher twin towers of the World Trade Center in the September 11, 2001 terror attacks.

In recent years it has been dwarfed by new skyscrapers in Asia and the Middle East, with the current global champion Dubai's 828-meter (2,716-foot), 160 story Burj Khalifa, which opened last year.